On the eve of the 2016 Paris Motor Show, Volkswagen has taken the wraps off a new concept car called the I.D. The concept will be developed under a new architecture that Volkswagen calls Modular Electric Drive or MEB. The I.D. is an insight into the future of electric vehicles from Volkswagen and will spawn a new model line that will help the carmaker achieve its target of selling one million EVs till 2025. 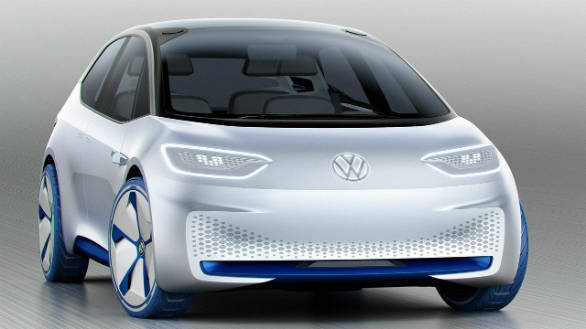 The I.D.'s electric propulsion comes from a 125kW motor with a range of 400-600km on a single battery charge. By 2025, the I.D. aims to get autonomous driving technologies as well. It also packs some cool gimmicks like a multifunction steering wheel which retracts itself when the car is in I.D. Pilot (or autonomous) mode. Other party tricks include an ability to retrieve parcels from a specialised delivery service if the owner isn't available to receive them. The I.D. will hit production by as early as 2020 and will take shape as a premium compact with approximately the same footprint as the Golf.