Audi will debut the new-generation Q5 SUV at the upcoming 2016 Paris Motor Show, on September 29, 2016. The German automaker has now released teaser images of the new Q5 which displays the design that the SUV will sport. Apart from the design changes and new features, the 2016 Audi Q5 is based on the new MLB-evo platform that underpins the new-gen A4 as well as the A5. 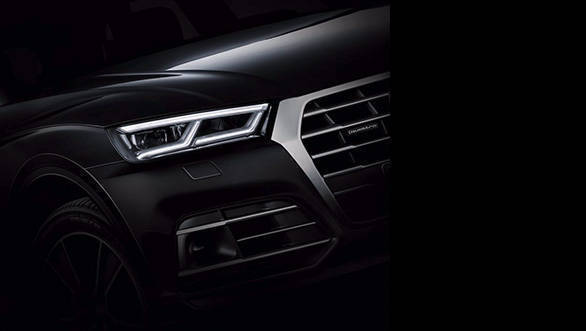 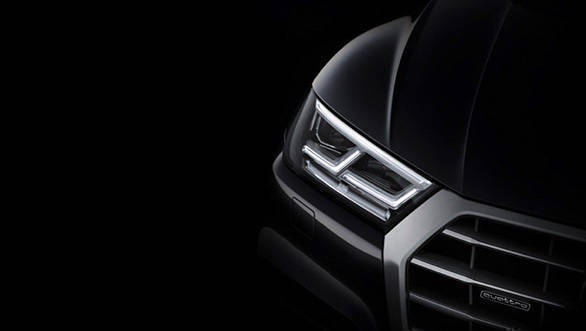 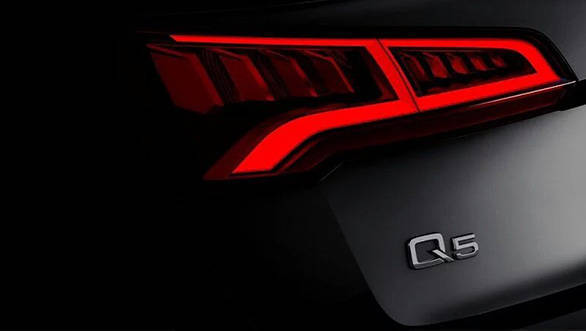 As seen from the teaser images, the new-gen Audi Q5 gets the sharper and more pronounced grille, inspired by the elder sibling the Q7. The signature single-frame grille gets an aluminium finish and will feature horizontal slats running along its width. The new Q5 will also get Audi's Matrix LED headlights with daytime running lamps. The bumper and the fog lamp housings too have been changed, as seen from the new images. While the silhouette is not visible from the teaser images, the new Q5 should retain the overall profile. The rear profile is also expected to receive a design change with the new LED tail lights and dynamic turn indicators. Audi has already been testing prototypes on the Nurburgring track.

The new-generation Audi Q5 is placed on the brand's new MLB-evo platform which makes it 100kg lighter than its predecessor. The same should also make the SUV more fuel-efficient than before. The new Q5 will also be offered in front-wheel drive along with the updated quattro which sends the power to the front wheel instead of all four in city driving condition thus improving fuel efficiency.

Powering the 2016 Audi Q5 will be the same engines that are offered in the present line-up. The 1,968cc diesel motor makes 177PS at 4,200rpm and generates 380Nm between 1,750-2,500rpm. This engine comes mated to a 7-speed automatic transmission. Audi will also get a performance-spec SQ5 with a 6-cylinder diesel that will put out an excess of 340PS of power. In addition, Audi would get the 450PS making RS Q5 with twin-turbo petrol engine by end 2017.