Major automotive brands like Ford, Volvo, Rolls-Royce and Aston Martin are skipping the upcoming 2016 Paris Motor Show, according to a recent online report. This change in strategy comes along with a change in consumer behaviour as automotive manufacturers turn to different methods of marketing their cars. While footfall at these events is only increasing, brands have started to realise that all of that doesn't really translate into sales. 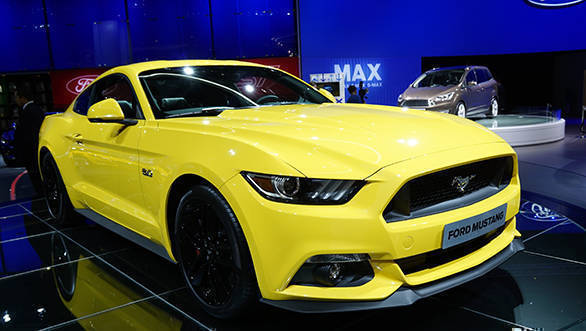 Volvo, for instance, is scaling down its presence in auto shows globally as well as trying a more direct approach towards interacting with its buyers. More and more brands believe in hosting individual unveils which help them save money. This strategy also helps people concentrate on one product rather than the gamut which is usually at display in auto shows and hence takes away the sheen on a particular car or motorcycle.

Several top executives in the BMW Group will give the event a miss to discuss its electric-car strategy instead. The Volkswagen Group too will be cutting its expenses at the 2016 Paris Motor Show. The German brand will not host its Group Night event this year and isn't setting up a stall for Lamborghini either.

Mitsubishi Motors, which will be at the 2016 Paris Motor Show, is making a fresh appeal to buyers more interested in interaction than just being able to see a car on display. The brand has launched a website that gives users access to a virtual test drive of the new Mirage G4 sedan on smartphones.

With the enormous sums of money it takes to set up a stall at these shows, Ford has decided to take a new marketing approach in France. Instead of participating at the 2016 Paris Motor Show, the company is inviting buyers across France to a one-day test drive of its vehicles. Ford will increase investments in these experimental marketing techniques by 50 per cent this year. Additionally, with the amount of advanced technology available in cars today, the brand is focusing more on technology-based events.

In another modern marketing strategy, Rolls-Royce organised cocktail parties, test drives and fashion viewings in Italy, which bloggers and Instagrammers promoted on their pages.