Land Rover has officially unveiled the 2017 Discovery at the 2016 Paris Motor Show. Build on the company's Premium Lightweight Architecture (PLA), the new-age Discovery weighs 480kg less than its predecessor. The fifth-generation Land Rover Discovery will be on sale from mid-2017 in the international markets. 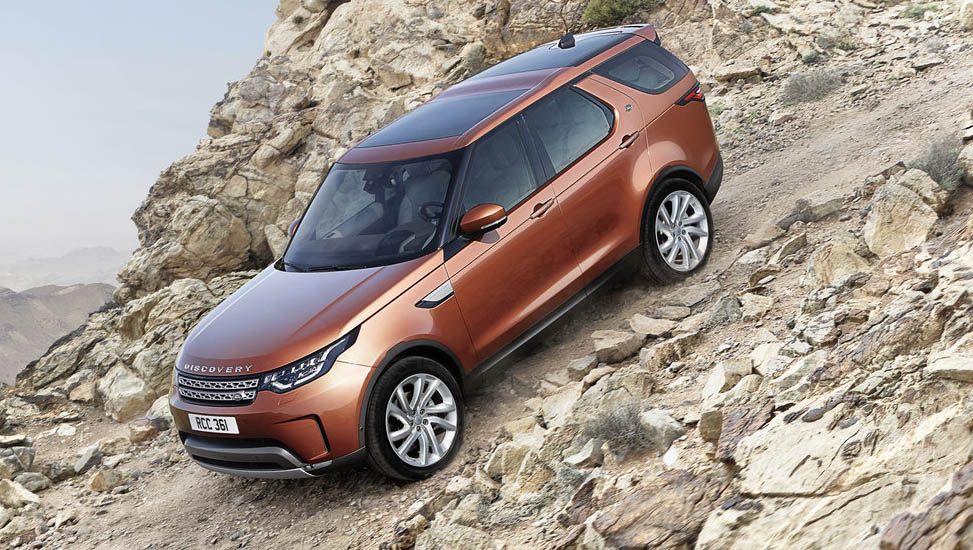 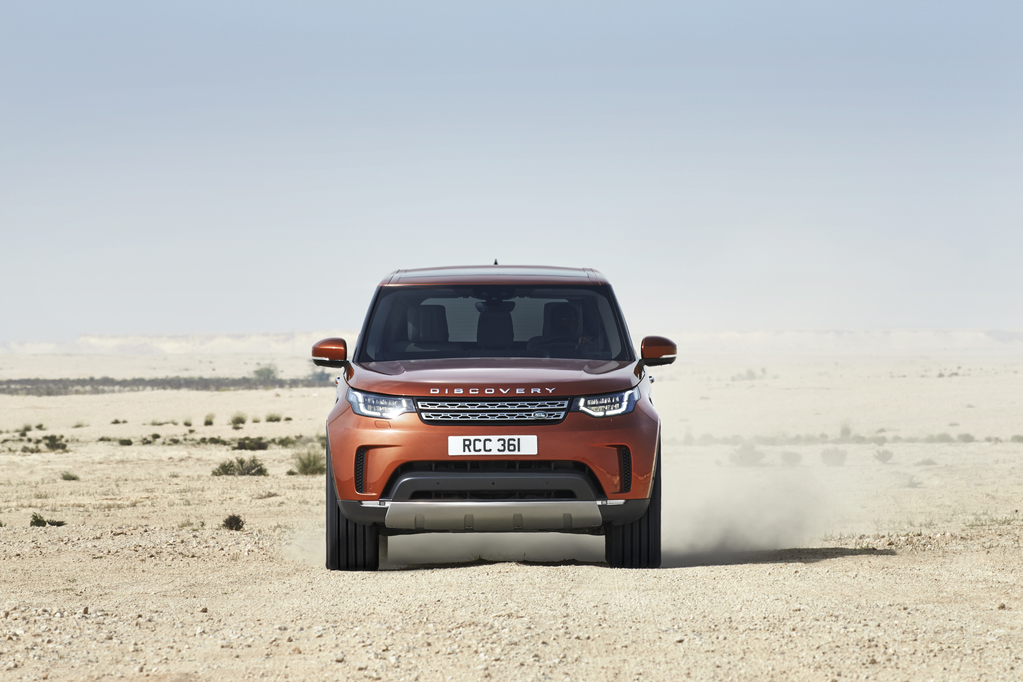 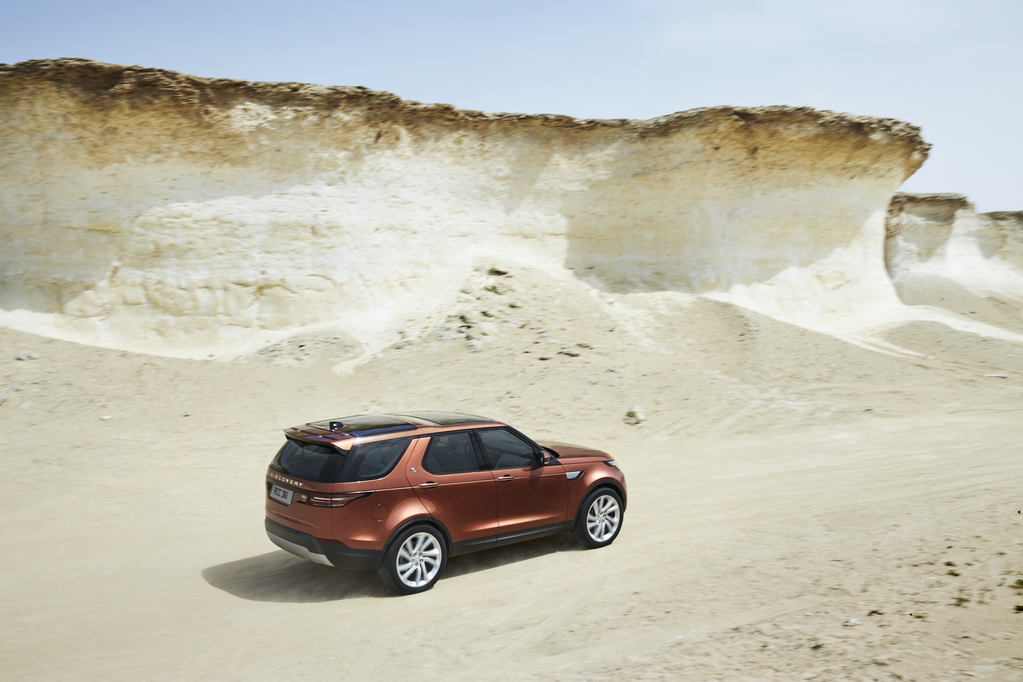 The 2017 Discovery gets the now familiar design language also seen on the Evoque, Discovery Sport and the Range Rover. As predicted from the spied images, Land Rover has ditched the squarish lines seen on the previous model and has gone for smoother contours. The front gets sleeker headlights with brand's signature LEDs in line with the twin slat radiator grille. The bumper gets a muscular design theme with vertically positioned air vents. Moving to the side, the 2017 Land Rover Discovery essentially looks like a larger Discovery Sport, thanks to the inclined shoulder and window-line and the thick C-pillar. However, the rear overhang is noticeably larger owing to the third-row seats. 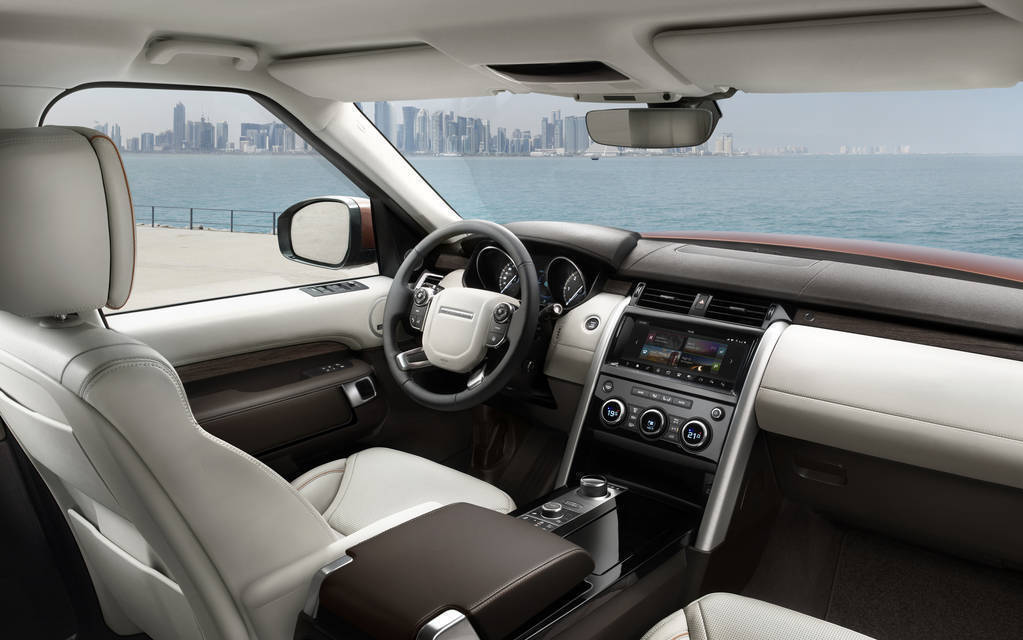 The cabin layout and features of the 2017 Land Rover Discovery are completely new. It gets beige, black and brown shades neatly layered on the trims. The steering wheel, dashboard and the central panel look similar to the ones seen on the larger sibling Range Rover. The new Discovery is offered in both 5- and 7-seat configurations. These seats can be shifted using a smartphone application, a part of the InControl touch pro services. The features list includes a 10-inch infotainment system with Android and iOS connectivity that the modern Jaguar sedans sport. It also comes equipped with a 14-speaker Meridian digital surround system.

The new-age Land Rover Discovery is powered by 2.0-litre Ingenium 4-cylinder Td4 diesel engine that makes 180PS of power. The more powerful twin-turbo Sd4 Ingenium 4-cylinder diesel produces 240PS and 500Nm of torque. The 6-cylinder diesel motor produces 258PS and delivers 600Nm of torque. The petrol models will be powered by a supercharged 3.0-litre V6 motor that churns 340PS and 450Nm. When launched in India, the Discovery will be powered by the twin-turbo Sd4 Ingenium unit. 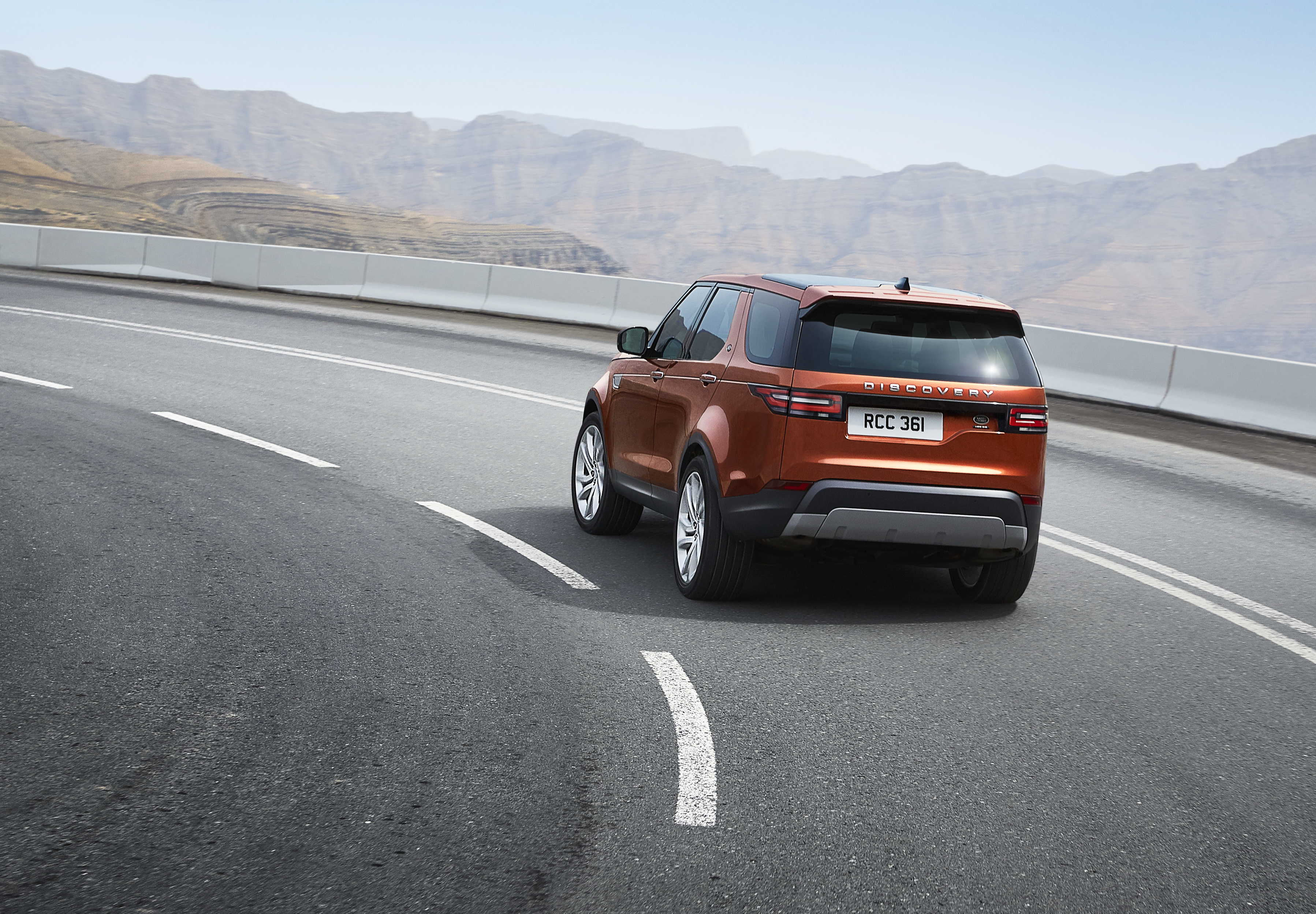 To commemorate the launch, the British auto manufacturer also revealed First Edition limited run models. 2,400 of these will be manufactured and will be equipped with aluminium trim for the doors and facia, unique badges, bold colour choices and a comprehensive list of standard equipment.