The two big announcements that Nissan India made at the 2016 Auto Expo was about launching the X-Trail Hybrid and GT-R in India. And now the company has released a teaser of the new GT-R that will make its debut at the 2016 New York Motor Show, scheduled to happen between March 25  April 3, 2016.

The teaser image doesn't reveal much except for a silhouette which shows the famous four rings on the rear brighten up. From the teaser, it is evident that the new Nissan GT-R might not receive a sea of changes, except for a subtle tweak in the exterior design as well as the interior.  Additionally, it is expected to be lighter and faster than the existing model.

In its present form, the Nissan GT-R comes with a 3.8-litre V6 motor that puts out 550PS /632Nm powering all the four wheels. This motor is mated to a 6-speed dual clutch transmission. Nissan claims that the new GT-R can reach a top whack of 315kmph and can do 0-100kmph in 2.7 seconds. Nissan India will launch the updated GT-R, and not the car shown at the Auto Expo, in September 2016. 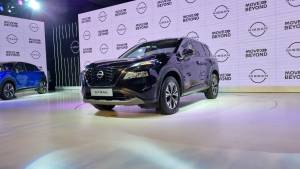 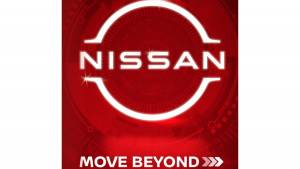