The GLC coupe gets unique design elements that distinguish it from the regular GLC SUV.  In the front, it gets a single slat diamond cut radiator grille, LED headlights and large air vents on the bumper. As seen on the concept displayed at the Shanghai show, the production version of the GLC coupe shares its overall design theme with the larger GLE coupe. With the extended length and the revised roofline, the greenhouse area has also increased. To the rear, it gets an integrated spoiler and split tail lights. The exhaust openings are neatly tucked under the rear bumper and are highlighted with an aluminum surround. 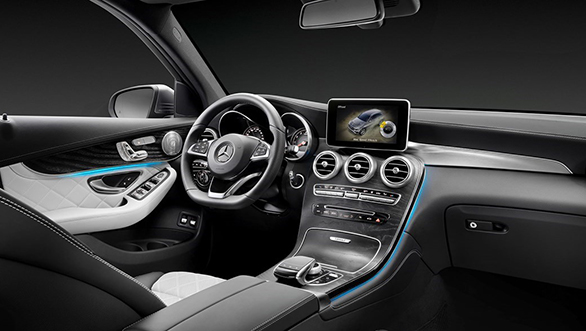 Mercedes-Benz claims that the interior of the GLC coupe is a combination of luxury and sportiness. The GLC coupe gets a single piece central console with dynamic contours and is located between the central air vents and the armrest. Additionally, there will be an AMG line pack which will offer sporty seats in Artico leather.

The new Mercedes-Benz GLC coupe will be available with a choice of four diesel and four petrol engines. Additionally, it will also be offered with a plug-in hybrid and an AMG unit. The base models i.e. the GLC coupe 220d and the 250d, will have power outputs ranging from 170PS/400Nm to 204PS/500Nm. The four-cylinder petrol model GLC 250 4matic coupé will put out 211PS of power and 350Nm of torque. These models will be launched tentatively by October 2016. 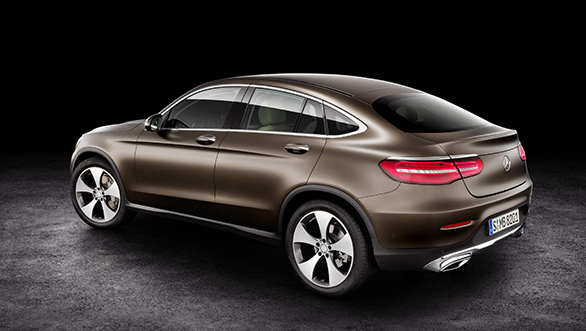 The 350e plug-in hybrid will be offered with a 320PS motor that does a claimed 0-100kmph in 5.9s and does a top whack of 235km/h. The GLC coupe will also get a Mercedes-AMG GLC 43 variant that generates 367PS and reaches the ton figure in less than 5 seconds. 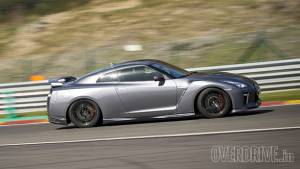 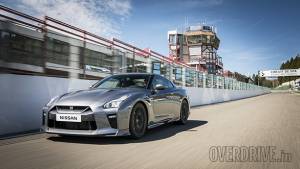 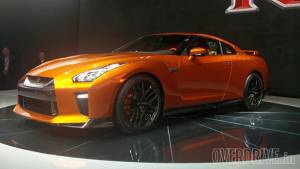