Nissan has revealed the 2017 GT-R at the 2016 New York International Auto Show. The new version gets updated exteriors and interiors as well as performance enhancements with key new features. Nissan claims that this is the most significant update given to the GT-R since its launch in 2007. 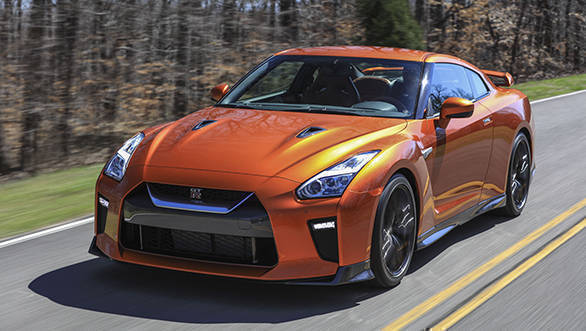 The 2017 Nissan GT-R gets an all-new front with chrome finished V-motion grille which is larger than the previous version. Other than aesthetics, the new grille also claims to offer better engine cooling with the updated mesh pattern. The front also gets a new front hood with revised contours to benefit high-speed driving. The side sills on the profile have been repositioned to improve air flow. While the iconic four-ring tail lights have been carried over from the earlier model, the rear too has been updated for the new version.

The interiors of the new GT-R are different from the previous version as it features an all dashboard and instrumental cluster covered in high quality leather. ". The shape of the dashboard adopts a "horizontal flow" that delivers a sense of increased stability for the car's front-seat occupants, while the line from the instrument cluster to the center console provides a distinct driver-oriented environment for those behind the steering wheel" said Nissan in an official statement. 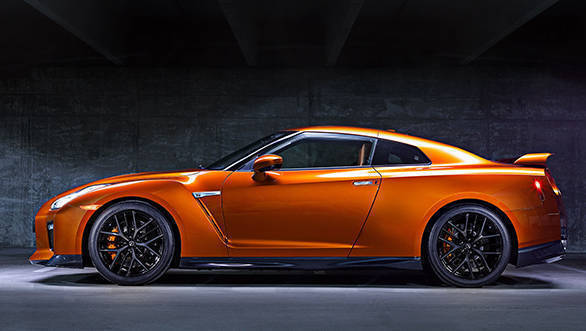 It further adds, "The center dashboard layout has also been improved and simplified. Integrated navigation and audio controls reduce the number of switches from 27 in the previous model to only 11 in the 2017 model. An enlarged 8-inch touch-panel monitor features large icons on the display screen to make it easy to operate. A new Display command control on the carbon-fiber center console allows easy operation."

"As the icon of Nissan's driving performance, the GT-R continues to evolve. With the signature V-Motion grille, the GT-R now possesses the latest Nissan design language. Its exceptional aerodynamic performance and upgraded interior have given the GT-R a more mature character, which will continue into the future," said Nissan's Executive Design Director, Mamoru Aoki. 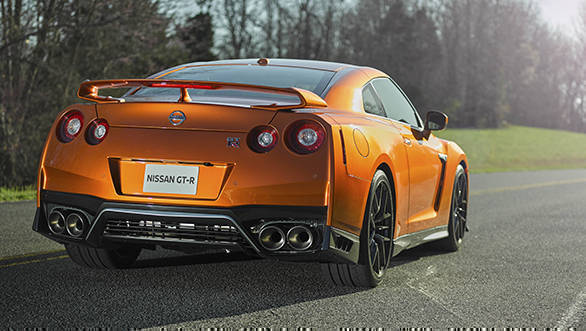 "The new GT-R delivers a heart-pounding driving experience at all times and on any road for whoever sits in the driver's seat. We have continued to push its performance boundaries to the outer limits - it's even more potent than before. At the same time, more refinement has been added to take the entire driving experience to an entirely new level. We're proud to bring you what we feel is the ultimate GT that possesses amazing performance, newfound civility and a rich racing history," said chief product specialist of the GT-R, Hiroshi Tamura. 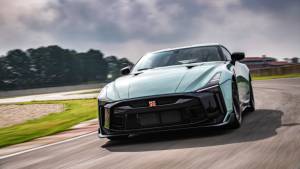 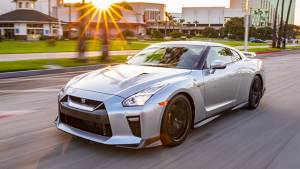