It's no secret, we knew the convertible version of the brand new R8  was coming for a while now going by all the test mules captured over the months. 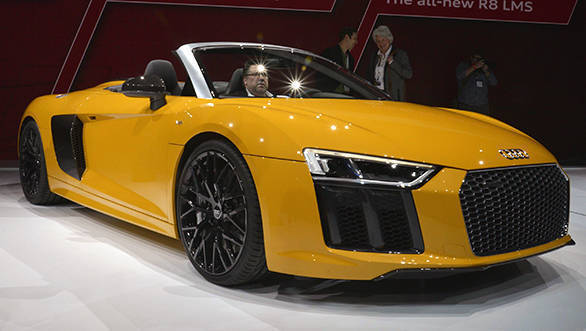 Making its debut at the New York, the 2016 Audi R8 Spyder uses the same 5.2-litre naturally aspirated V10 engine from the R8 Coupe. Now considered something of a modern classic, this engine produces 540PS and 540Nm and has a redline over 8,000rpm. More than raw power, this engine is also renowned for its sharp response and awesome noise. As with the Coupe, power is sent to all four wheels via a ultra quick seven-speed dual clutch transmission. 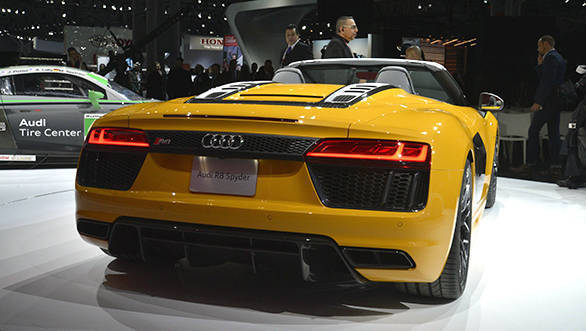 0-100kmph takes a claimed 3.6s and top speed is 318kmph. As of now, Audi has made no mention of a more powerful V10 Plus model like the Coupe range gets but it's fair to expect something along those lines in the future, even if it comes with a different name. 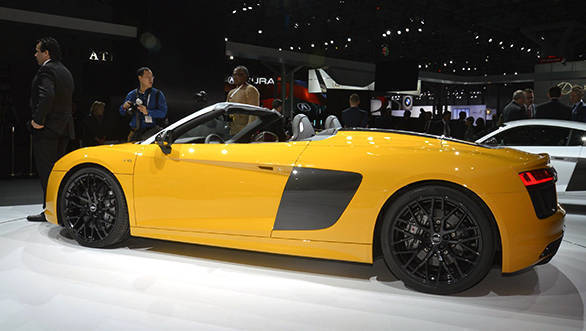 The R8 uses an evolved version of the Audi Space Frame chassis and claims a 50 per cent improvement in torsional rigidity over the old Spyder. The chassis is composed of a combination of aluminum and carbon fibre, with the former accounting for 79.6 per cent of its weight. The result is a mid engined supercar that weighs 1,612kg dry.
The Spyder's fabric roof opens and closes via an electro-hydraulic action. It takes 20s to go from closed to open and can be operated at speeds up to 50kmph.
The Audi R8 Spyder will go on sale internationally in a few months and we expect it to make it to India as well later this year or in early 2017. This comes after the launch of the R8 V10 Plus Coupe that went on sale at the 2016 Auto Expo for a price of Rs 2.47crore ex-showroom.