"We are sharpening our focus on the Precision Crafted Performance DNA of the Acura brand and the 2017 MDX will integrate new styling elements and powertrain technology that takes us another step in that direction," said John Mendel, executive vice president of American Honda Motor Company. 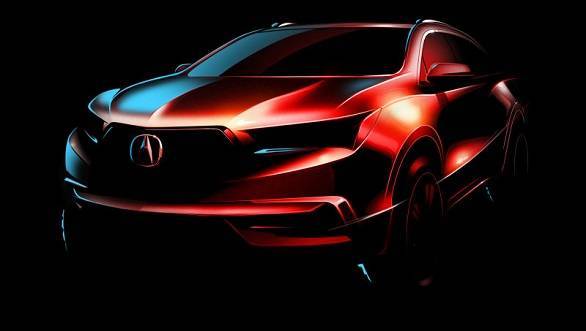 The 2017 Acura MDX has been designed by the Acura Design Studio in Torrance, California. It will continue to be produced at the company's Lincoln, Alabama plant. The company says that in early 2017, an additional production source for MDX will be added at the East Liberty, Ohio plant. Both plants will use domestic and globally sourced parts to make the 2017 MDX.

The 2017 Acura MDX will be unveiled on March 23 at the 2016 New York International Auto Show. The MDX is Acura's best selling SUV with over 50,00o units sold annually over the past three years.