Round 2 of the 2016 JK Tyre Rotax Max National Karting Championship concluded this past weekend with Shahan Ali Mohsin finishing second after facing many challenges. Mohsin secured the win in Round 1 of the championship at Meco Kartopia with a race time of 15:47.512, just ousting rival Ruhaan Alva by a few hundredths of a second. 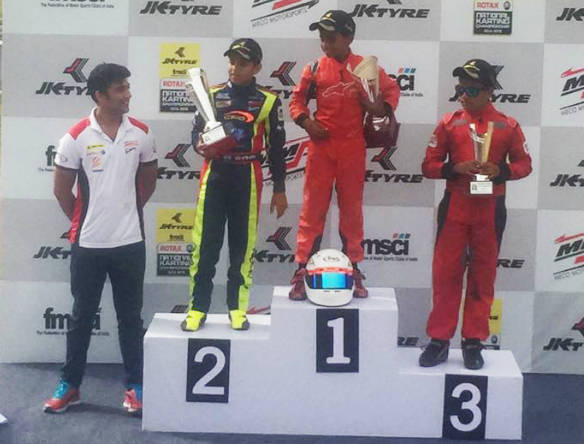 Driving for Meco Motorsport in the Micro Max category (8-12 years old), Mohsin was unable to maintain a competitive pace throughout the weekend, with the team constantly trying different set-ups to find the right balance. Despite these efforts, the best Mohsin could manage was second position, nearly six seconds behind local racer Ruhaan Alva.

"It was a super tough weekend. It was all about damage limitation as we had quickly learned early on that we were a bit behind in terms of outright pace [compared to local lad Ruhaan Alva]. We tried our best to optimise the kart and the mechanics worked extremely hard, but in the end it just wasn't enough. 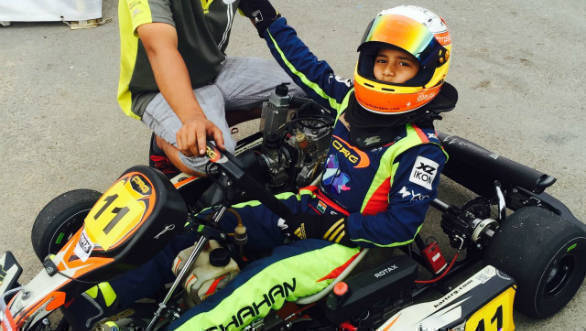 "In terms of pace we were only fourth fastest, so to come away finishing first and second in the pre-finals and finals is the best we could have hoped for," reflected Shahan Ali Mohsin.

In the weekend's previous races, Mohsin missed pole position by three hundredths of a second, securing P2 in both heats behind Ruhaan Alva, but managed to clinch the win in the pre-finals.

Despite the less-than-satisfactory result, Mohsin still maintains the lead in the Micro Max Championship standings. He also leads in the Asia Karting Championship, with two rounds remaining.