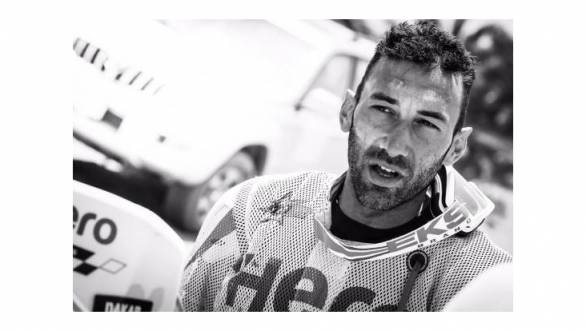 Joaquim Rodrigues after the first half of the marathon Stage 3

The third stage of the Merzouga Rally proved to be tricky, with temperatures climbing well over the 40 degree mark and making things difficult for competitors. Stage 3, of course, was the first marathon stage of the rally, with 220km scheduled to be run on sandy off-piste terrain. However, with the weather conditions becoming extreme, to the point that the safety of competitors could no longer be guaranteed, the race was halted at the second checkpoint.

Joaquim Rodrigues was one of the few riders who made it to the bivouac before 4pm, which moved him into the top 10 overall. His team-mate CS Santosh completed the stage.

While provisional standings haven't been confirmed, the rally has now reached the stage where the battle is truly on.