The 18th edition of the Maruti Suzuki Raid de Himalaya came to an end on October 15, 2016 at Manali. The Xtreme category was truncated to three legs from the original six due to the death of Shubhamoy Paul, a competitor in the Xtreme Moto-Quad category. However the schedule of the Adventure Trail and Alpine class remained unchanged. 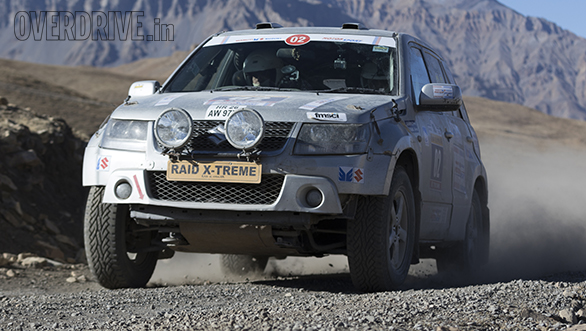 Suresh Rana and Ashwin Naik, in their Maruti Grand Vitara, took the title in the Xtreme 4x4 category after Leg 3 with a total time of 5h 09 m 20s. This marks Rana's tenth win at the Raid. Lhakpa Tsering and V Venu Rameshkumar, who were 13m 43s behind them, took second place in a Polaris RZR XP4 1000 while Sandeep Sharma and Karan Arya finished third, clocking 5h 29m 31s in their Maruti Gypsy. 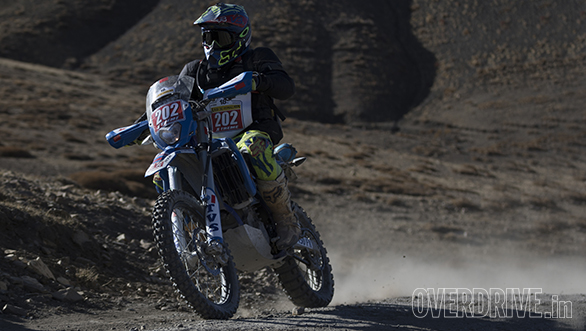 In the Xtreme Moto-Quad class, TVS Racing's Abdul Wahid Tanveer took top honours with 4h 47m 46s on the clock. His team-mate, R Nataraj, finished second with a total time of 4h 50m 52s, while Umang Saxena was third by 51m 49s. The Alpine category was won by Rana Pratap Singh who finished the rally in a Hero Impulse with a time of 6h 38m 45s. Naman Sharma, on his KTM 200 Duke finished 13s behind him to take a close second, while Surya Pratap Singh Kanwar finished third, clocking 6h 48m 17s.

Taking first place in the Adventure Trial TSD rally were Jagmeet Gill and Chandan Sen in a Maruti Suzuki Swift, with a total penalty of 15m 54s. This is Gill's fifth win in a row at the Raid. Ajgar Ali and Mohammed Mustafa finished second in a Maruti Vitara Brezza scoring a penalty of 22m 54s. Sunder Singh and Daoud Zaman Khan, who were also in a Vitara Brezza, finished third with a penalty of 31m 50s.