Team Maruti Suzuki driver Suresh Rana (Co-driven by Parminder Thakur ) has won the 2016 edition of the Maruti Suzuki Dakshin Dare. He finished Leg 5, the final Leg of the Rally with a 6 minute and 6 second gap to Sandeep Sharma. 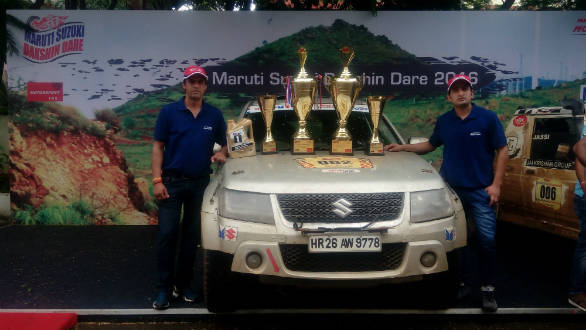 The Manali based driver, who's never won the Dakshin Dare ever, was pretty much unbeatable throughout the Rally. He was the fastest driver at the end of every Leg. During Leg 4, he did face a scary situation when one of his Maruti Suzuki Grand Vitara's tyre suffered a puncture. However, he kept his cool and managed to cover up for the lost time.

In fact, he was in a commanding lead at that point so the setback did not have an adverse effect on his campaign. " I was a bit worried when I discovered that I only have one spare wheel in the car. My service crew forgot to keep another one. I had to drive a little cautiously to finish the stage as another puncture would mean disaster."

He also added, " I plan my pace while driving at every stage. At times I drive flat out and at times I drive cautiously to save the car from any damage." 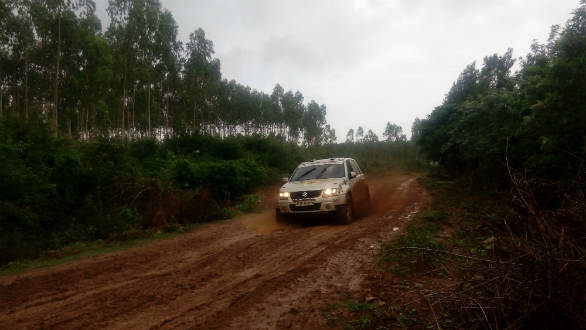 Sandeep Sharma (Co-driven by Karan Arya) put up a tough challenge, keeping Rana honest at every stage of the Rally.  The fact that he did so in a Maruti Suzuki Gypsy is commendable, since it does not make as much power as the Vitara and neither does it have the suspension to match. The slim gap to Rana also meant that skill behind the wheel makes a big difference to timings, irrespective of the machine.

Towards the end of the Rally, during Leg 5 the conditions were quite treacherous as the rains had resulted in a lot of slush. Sharma backed off and decided to maintain his second position in the Rally. "The slush made it very tricky to drive and I thought that it's better to save the car rather than push." 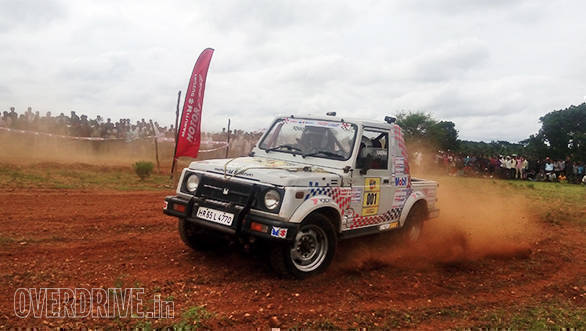 Jasmohan Saini (Co-driven by Vikram Thakur) finished third. The duo were participating in the Dakshin Dare for the first time and were pretty elated with their achievement. They completed Leg 5, the final Leg, 16 minutes and 6 seconds behind the winner. Jasmohan used to rally on a scooter before switching to a Gypsy.

Ganesh Moorthy and T Nagarajan took top honours in Endurance (TSD) category of the Dakshin Dare. The route was tough and the special night stages made it even more difficult to stay on course and adhere to the required speed limits. 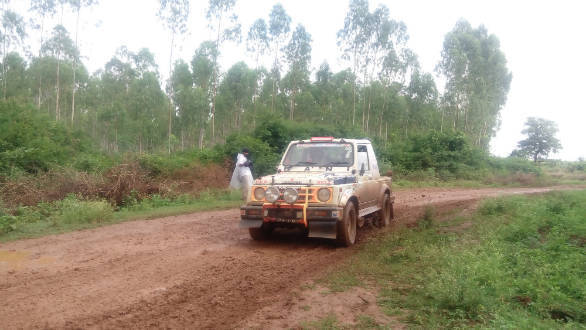 In the Ultimate Bikes category, T Nataraj of Team TVS Racing took a dominating win at the Dakshin Dare. After Leg 5, he had a lead of 45 minutes and 45 seconds over the next rider. Aboard the TVS RTR 450 FX, Nataraj was simply unbeatable, irrespective of the surface. Fibin Jose, also from team TVS Racing, finished second followed by Akash Aithal in third. All the riders in the Ultimate Bikes category were lauded for their performance, given the kind of terrain they encountered. 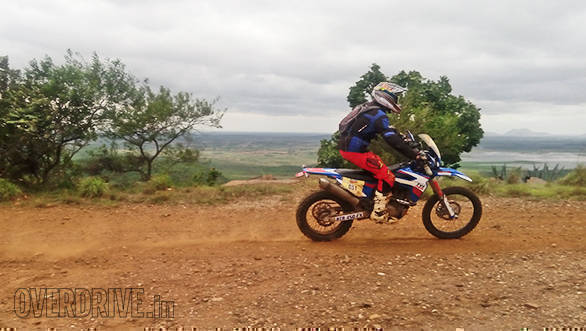 Aishwarya, the only female rider was elated on completing the Rally. Many were skeptical about how she would perform but her determination kept fueling her, even when she fell off the bike multiple times. Participating in the Rally for the first time, she was happy to complete the 2000+km Dakshin Dare. "Although I've ridden motorcycles before, this is the first time that I'm riding a dirt bike. I barely have any experience of riding off-road. The Dakshin Dare then, serves as an ideal platform to learn."

Overall, the 2016 edition of the Maruti Suzuki Dakshin Dare was an incredible mix of nerves of steel, determination and will power.

The final results after Leg 5 are as follows: