2016 Maruti Suzuki Dakshin Dare: Rana leads by over six minutes at the end of Day 3

Day Three of the 2016 Maruti Suzuki Dakshin Dare was the toughest so far. Rallyists in the Extreme Car and Extreme Bike category had their work cut out right from last night as they raced against the clock to fix minor and major issues with their vehicles. The transport distance to today's stage was approximately 120 km. 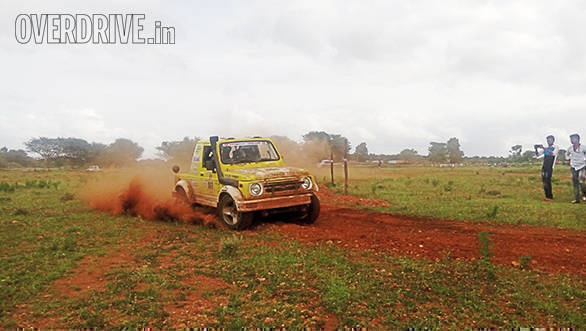 The competitive stage was located around the Vani Vilasa Sagara Dam near Hosadurga, Karnataka. Participants were required to drive/ride across a muddy trail with broken stones and loose gravel on the surface, making it extremely challenging. The total competitive stage distance was 160 km.

Rally leader Suresh Rana and his co-driver Parminder Thakur put on a strong performance yet again to hold on to the rally lead. It was quite a sight to watch the champion take on the terrain's challenges with finesse. Sandeep Sharma drove brilliantly today and tried to make up the deficit to the leader. In his Gypsy, the 2015 Dakshin Dare winner looked calm and composed behind the wheel at the start of the stage. He has moved up to second, and trails Rana by 6 minutes and 22 seconds
Abdul Wahid was again flying through the course on his TVS RTR 450 FX, chased by Natraj on the same motorcycle. The bike seems to be set up quite well and the riders seem to be taking full advantage of their machinery. How ever, as the day progressed, Abdul Wahid developed a shoulder injury forcing him to retire.  As a result Natraj leads the rally. Sanjay Kumar is in second, trailing Natraj by 14 minutes and 9 seconds. 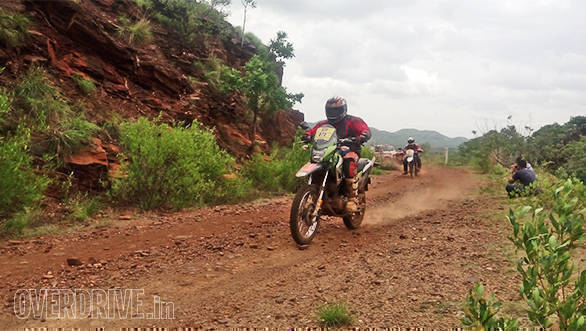 After the stage, the action shifted to the town of Hosadurga where a 3.3km Super Special stage was set up. There was a sizeable audience that had gathered around the periphery of the ground to witnesses the rallyists in action.

The course comprised of long straights, hairpin bends and S-curves. It was quite a sight to watch the cars and bikes sliding around, trying to set the fastest time possible.

Leg 4 of the 2016 Maruti Suzuki Dakshin Dare will be along the same route but in the reverse direction. Stay tuned for all updates.