Wednesday at Le Mans saw Porsche claim provisional pole position with Neel Jani setting a fastest lap time of 3:19.733 in the #6 919 Hybrid.  Yesterday at Q2, the session commenced at 19:00 local time with weather conditions quickly deteriorating to the point where the session had to be halted at around 21:00. 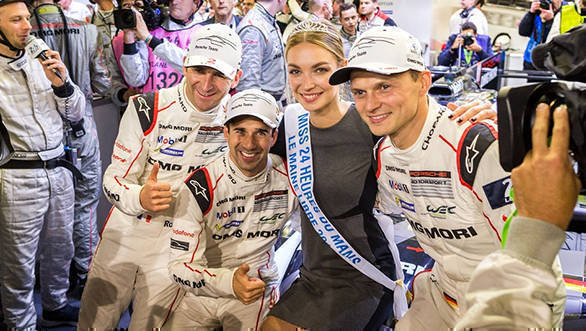 The torrential downpour resulted in the session being resumed at 23:15, but the track was already so soaked that the times set on the previous day did not get bested. As a result, Porsche's provisional pole got solidified by the end of the day. The final grid consists of two Porsches in the front row, followed by two Toyotas and two Audis.

In the LMP2 class, the grid lineup consists of the #26 Oreca followed by the two Alpines, but the real shocker here is in the LMGTE Pro class  Ford's return to Le Mans after a lengthy hiatus resulted in their GTs securing the top two positions, ahead of the regular Ferraris, Lamborghinis and Aston Martins.

The 24 hours of Le Mans will commence on Saturday at 15:00 local time, with 180 drivers in total competing in their respective classes. Our editor-in-chief (@bertrandOD) and motorsport editor (@VaishDinakaran) will be present at the race in France and will be providing live updates via Twitter.