Indian racing driver Armaan Ebrahim, along with his team-mate Dilantha Malagamuwa, has won the Pro Am Class of the 2016 Lamborghini Super Trofeo Championship.

They also managed to clinch third position in the Pro category owing to their consistent performance throughout the season. 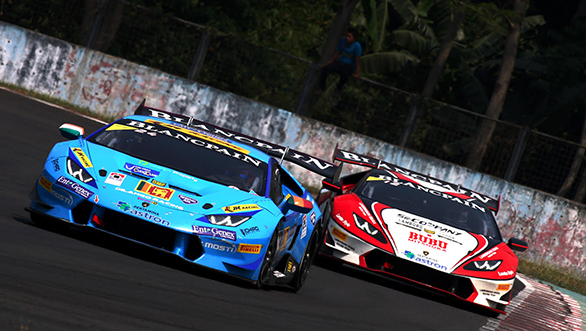 The title was decided at the races in Valencia on Sunday. Armaan began Race 1 on Pole, his second of the season. He went on to win the race, garnering valuable points for the team. In the Amateur Class, Dilantha tried hard or hold on to the lead. However, he slipped to third by the end of the race. This gave the duo an overall third position.

Race 2 in the Amateur Class was full of drama. Dilantha began the race from P5 and was on course for a strong finish. However, his car was rear-ended as he was about to enter the pits. The car suffered major suspension damage putting the pressure on the mechanics and Armaan who was about to go out with it in the Pro Class race.

The Indian, however, put up a brilliant drive, using all his skills to pilot the car to a podium position. The duo were, hence, placed fourth at the end of the races. The total points haul was enough to win the Pro Am Class and secure third in Rte Pro Class.

Reflecting on an incredible season, Armaan Ebrahim said that he was with his pace throughout the year. He adds that the Pro Class title would've also been theirs, if not for the two DNFs during the season.