The 2016 JK Tyre Vroom drag racing event was held at the Jakkur Aerodrome near Bengaluru. Around 300 participants from over 20 states across India participated in the event. The field was a mix of seasoned and novice drag racers. Various type of cars and bikes turned up at the event. Hatchbacks, fast sedans, Indian motorcycles to superbikes blazed down the drag strip in an attempt to cover the quarter in the shortest time possible.

In the Indian Hatchback Open Class, Vasudevan C emerged as the fastest driver with a 16.820 second time. Joel Joseph won the Pro Stock Open category by setting a time of 15.432 seconds. He then went on to win the Pro Unrestricted Class. His time of 13.308 seconds was unbeatable. 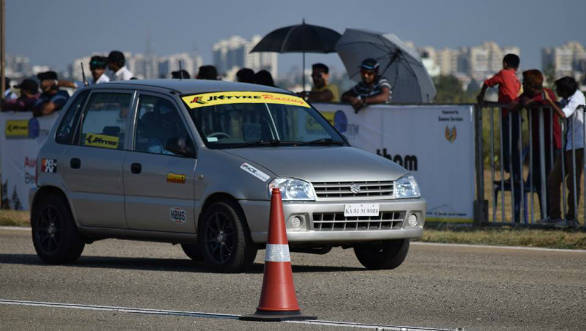 The motorcycle races saw a huge turnout, with a number of riders giving it all to claim the title of the fastest rider in their class. Iqbal N Shaikh put up a stellar performance, winning in three categories. His timings in the 2-stroke category's 131cc to 165cc Class and the 350cc and above Class was 13.84 seconds and 12.57 seconds. The timing in the latter catrgory was the fastest of all Indian bikes. In  the Indian Open Class' 500cc category he set a time of 12.78 seconds.  Khalid Pasha won the 2-stroke, sub 130cc category by setting a time of 15.16 seconds. 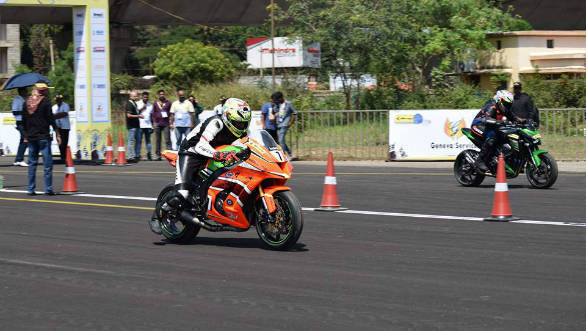 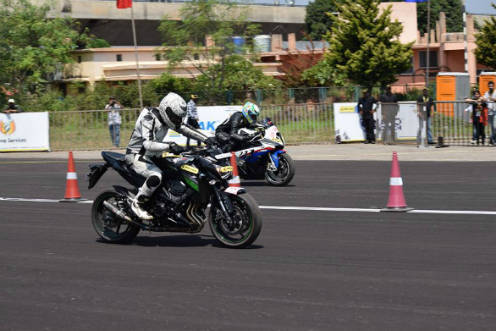 The 390cc 4-stroke Class for the ladies was won by Visakha Dhanraj. She set a time of 15.97 seconds.   Sonia Patel was classified as the fastest woman racer in the sports bike category.

A few supercars too ran during the event, however, in the non-competitive format. They made a few runs down the strip to enthrall the crowd.