The second day of racing at the 2016 Isle of Man TT was an eventful one for Ian Hutchinson. Hutchy took his twelfth TT win, with victory in the Monster Energy Supersport TT Race. Riding his CAME BPT Yamaha YZF R6, he led Michael Dunlop by 14.3s, who had a further gap of 38.6s over Dean Harrison in third. When Michael Dunlop was later disqualified on grounds of technical infringement and James Hillier advanced onto third. 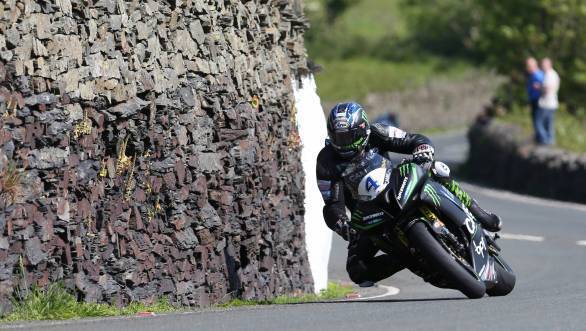 In the second race of the day, the 1000cc Superstock class the podium places didn't change much and all the three riders - Ian Hutchinson on his BMW S1000RR, Dean Harrison and James Hillier on their Kawasaki ZX-10Rs - maintained the same positions they had earlier in the day. What was particularly remarkable was the fact that Hutchy shattered the lap and race record on his very first lap in the race, clocking a 133.098mph. Of course, the win meant he notched his 13th TT win. 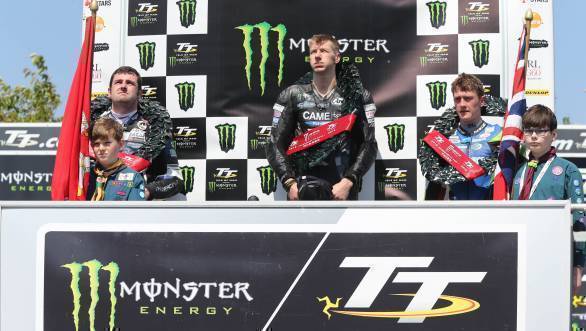 Here Ian Hutchinson is on the podium, flanked by Michael Dunlop and Dean Harrison. Dunlop, of course, was later stripped of his podium for a technical infringement

James Hillier was delighted with his double podium, "The day's absolutely flown by and it's all a bit of a blur to be honest but to end up with two more podiums is great! The 600 race went well although I am lacking a bit of something both with the bike and myself but I matched my personal best on a Supersport machine and I was happy with fourth. I normally miss out on positions by a few tenths so it was nice to have it the other way round for a change and to then get promoted to third was a nice bonus!" 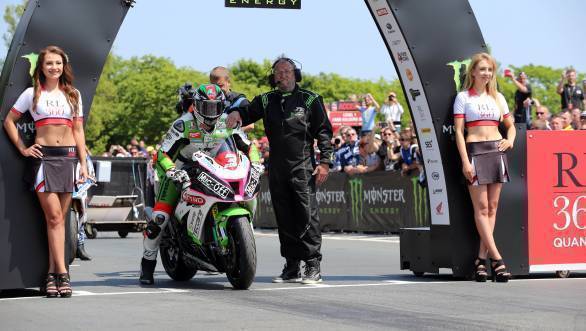 Unfortunately for John McGuinness, who currently has 23 wins at the IOMTT, and is gunning for Joey Dunlop's record of 26 wins at the TT, he ended off the podium in both the races. McGuinness could only manage fifth place in the Supersport race, astride a Jackson Racing CBR600RR Honda. In the Supersport race, the Morecambe Missile could do no better than sixth place on his EMC2/Bet Victor CBR1000RR Honda Fireblade. 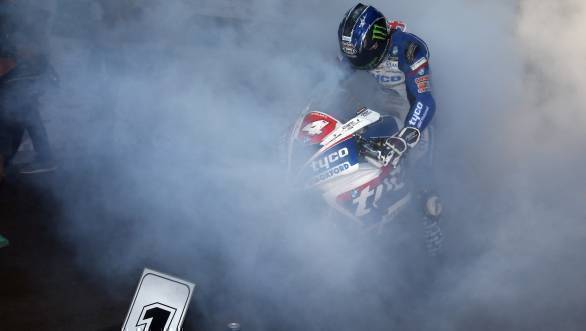 Today McGuinness will compete in the second Supersport race at the 2016 IOMTT, as well as the TT Zero. We'll have the news for you on how he performs at these races. Watch this space.