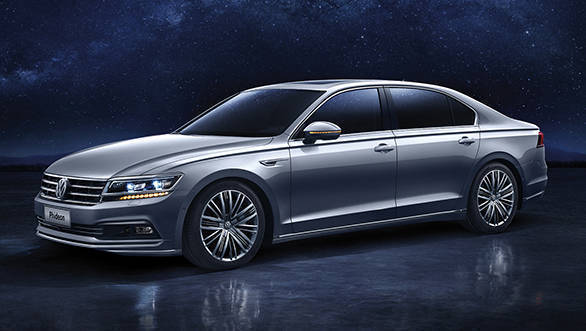 The Volkswagen Phideon has several design cues that resemble the Volkswagen C Coupe GTE concept car that was showcased at Auto Shanghai 2015. It is quite long  5050mm long to be precise  and has a wheelbase that measures 2997mm thanks to the relatively short front and rear overhangs. The Volkswagen Phideon has a quintessential Volkswagen look with its neat creases and handsome design. It is also the first car to be based on Volkswagen's Modular Longitudinal Matrix (MLB) platform. 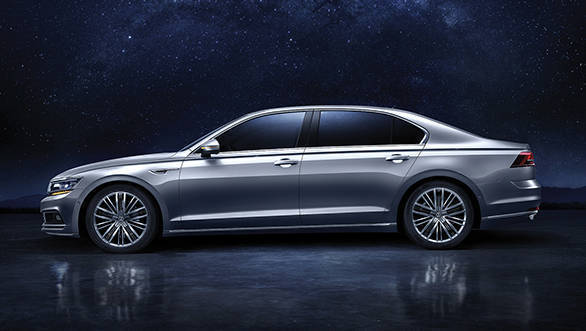 There will be two powertrains offered with the Volkswagen Phideon  a 3.0 TSI 4Motion engine and a 2.0-litre TSI. The 3.0-litre variant, which gets four-wheel drive as standard, is powered by a turbocharged V6 engine that produces 300PS and 440Nm. The 2.0-litre Volkswagen Phideon however, is driven by the front-wheels and is powered by a four-cylinder engine. Volkswagen also says that a plug-in hybrid powertrain is in the pipeline. 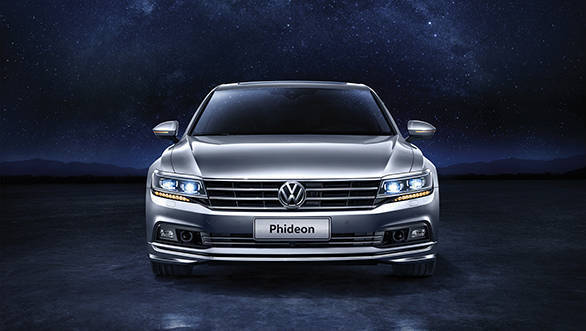 The Volkswagen Phideon is equipped with air suspension, which is similar to the system seen in Bentleys. This suspension has five individual driving modes to choose from. The Volkswagen Phideon also gets a host of safety features  adaptive cruise control, assisted parking with automatic steering and braking, Lane Assist and a proactive occupant protection system which tensions the seat belts and shuts the windows and the sunroof in case of an accident.