Ferrari is all set to showcase the new GTC4Lusso at the 2016 Geneva Motor Show. Billed as the go anywhere Ferrari, the GT4Lusso is an evolution of the Ferrari FF which was launched in 2011. Ferrari says the new car's name is inspired by the classic 330 GTC and the 330GT which one of Enzo Ferrari's favorites. The number 4 denotes the four seats in the car. The Ferrari GTC4Lusso is designed for those multi-millionaires who who'd love to drive up to their holiday home's even if it's in the wilderness. Its forte, says Ferrari, is Grand Touring. 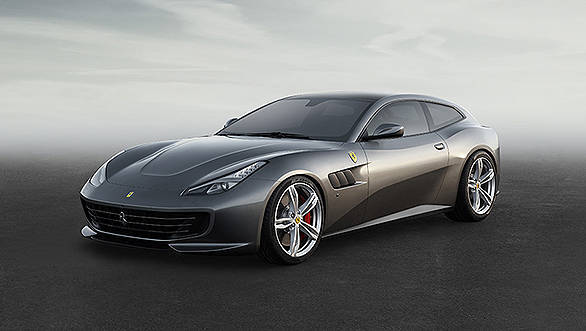 Building on its predecessor's credentials of four seats and four wheel drive (FF), the new GTC4Lusso features four wheel steering too. Ferrari has also linked this system to its 4RM EVO 4WD and Slide Slip Control systems to provide greater control to the driver when driving over challenging road conditions such as snow. The car gets a V12 engine that develops a whopping 690PS at 8,000rpm and a gobsmacking 697Nm at 5,750rpm. What's incredible is 80 per cent of all that torque is available from 1,750rpm. 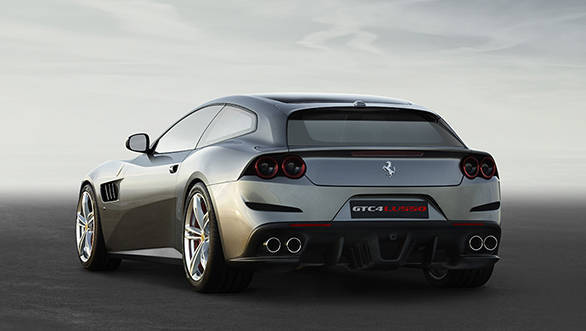 The GTC4Lusso's design is a step above the FF's.The face is sleeker with a more proportionate air dam that bears the prancing horse logo. There's a prominent V on the bonnet and the shoulder line swoops across the sides which distinguishes it from the FF. The front fender also has a shark gill resembling fins. At the rear, Ferrari has incorporated four LED lights which look similar to the units on the 488GTB. The silhouette is of a shooting brake coupe and Ferrari has even managed to lower the roof towards the rear without sacrificing heardroom. 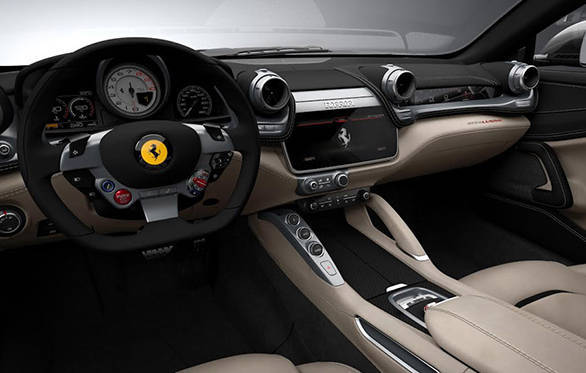 The interiors feature beautifully crafted, four individual seats. As expected, the cabin is draped in the finest of hides. Compared to the FF, the steering wheel in the GTC4Lusso is smaller. There's also a new 10.25-inch touch screen infotainment system that also doubles up as an HD screen. The car gets keyless start/stop, a feature that was first seen on the 488 GTB. 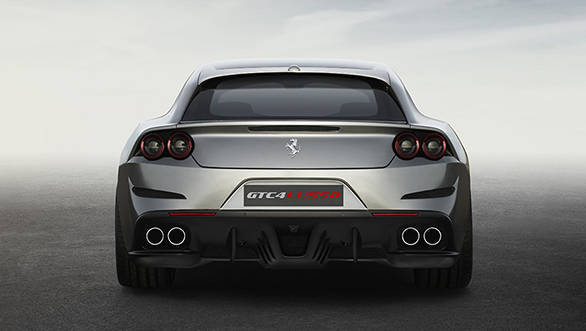 Now that the 488GTB is here, Ferrari may also get the GTC4Lusso to India.