The all-new Bugatti Chiron has big shoes to fill. It's predecessor, the Bugatti Veyron was widely regarded as one of the most advanced cars ever made, a true engineering marvel. It's relatively easy to make a car produce 1000PS these days, YouTube is full of these ludicrously loud, flame spitting monsters. But to make one that can be run in everyday life like any other run of the mill Polo or Golf from the Volkswagen stable while also being the epitome of luxury, is incredibly hard to do. 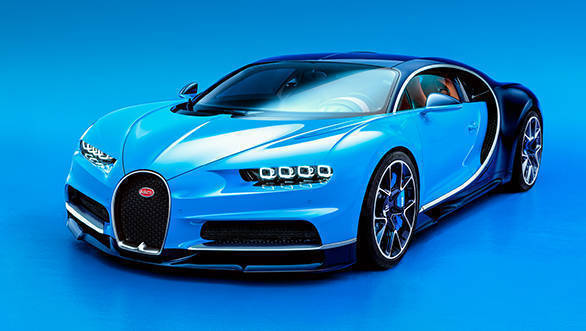 Broadly speaking, the Chiron offers the same experience. It cuts a similar shape and has a similarly specced 8-litre W16 engine that is force fed by four turbochargers. But you'd be wrong to assume that this was just a restyled Veyron with a little more power. The Chiron is, without a doubt, an entirely new engineering marvel. 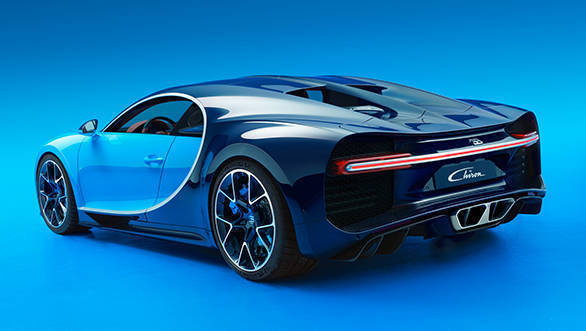 Let's start with the body. The design follows the Veyron's iconic shape but in a far more aggressive tone. It still won't appeal to all but we feel that more people will like it. The face is very similar to the Vision Gran Turismo concept and that lovely curve on the side harks back to the classic Bugattis of yore like the Type 57 SC Atlantic Coupe. The rear end is much more aggressive compared with the rounded Veyron and features expansive cooling ducts, great big dual exhausts housed within a diffuser and a large spoiler sprung on hydraulic struts. 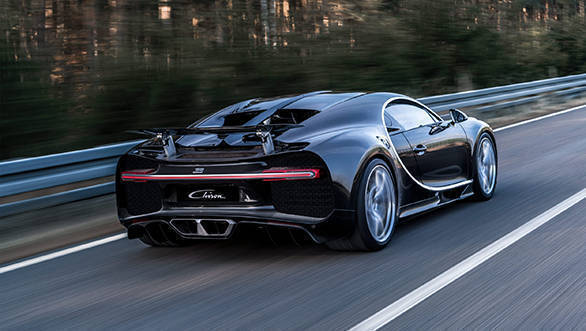 The chassis itself is an all-new carbon fibre affair. Bugatti says it has stiffness levels similar to an LMP1 race car, something that is absolutely necessary to handle the massive torque supplied by the engine. The Bugatti Chiron gets bigger brakes than before and they are clamped down by brand new calipers that use titanium pistons. There's also a new electric power steering. The tyres span 285/30 R20 and 355/25 R21 and like before, they are specially developed by Michelin for the Chiron. 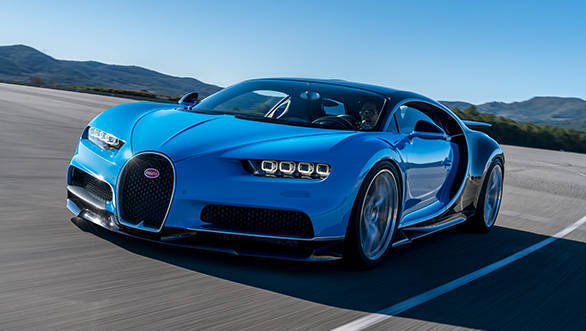 The heart of the matter of course is the engine. While earlier reports suggested that Bugatti would turn to electric turbos, the Chiron continues to use four conventional turbos. There's a new sequence for how the turbos work, with two of them taking over at low revs and the other two stepping in at higher revs. As a result of this, higher fuel injection pressures and advances in cooling (ten charge air coolers in total!) the Chiron makes 25 percent more power than the Veyron SS for a total of 1500PS and 1600Nm. Incredibly, max torque is available from 2,000rpm to 6,000rpm. A newly designed Ricardo 7-speed dual clutch gearbox send that tidal wave of violence to all four wheels. 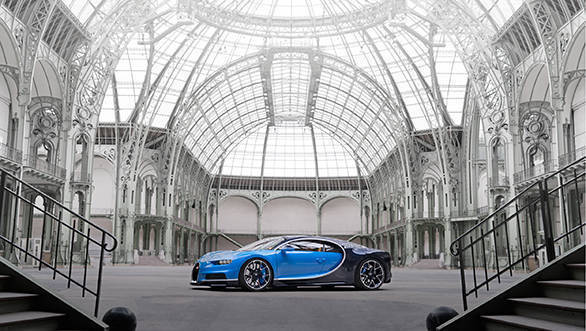 Performance, as you'd expect is staggering. 0-100kmph comes up in 2.5s, 0-200kmph in 6.5s, 0-300kmph in 13.5s and top speed is "in the twilight zone somewhere beyond the 400 kmph mark". We can completely imagine an owner of one of these arguing with the now very strict Delhi cops when caught speeding, "sir abhi just doh second pehle gaadi mein beta"

The price for all this magnificence begins at about Rs 17.6 crore, before any Indian taxes and duties mind you. The first Chirons will hit the streets by September 2016. Consider yourself lucky if you just get to see one.