Sahara Force India Academy driver, Jehan Daruvala, had an impressive outing at the fifth round of the 2016 Formula Renault 2.0 NEC Championship at Assen. It was a marked improvement from his previous outing at Belgium where he lost the championship lead after having been hit by another racer. Two strong performances at Assen ensured that Jehan claimed third place at both races of the weekend. 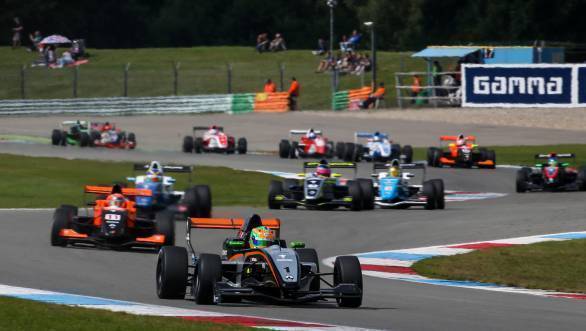 Jehan en route a podium finish at the fifth round of the 2016 Formula Renault 2.0 NEC championship

Jehan got off to a good start, leading the first practice session, of a pack of 25 racers. In the second practice session he was second fastest, behind Max Defourny and Lando Norris.

Lando Norris took pole for the first race, with Jehan qualifying second on the grid. This was the exact order in which the pair ended qualifying for Race 2. 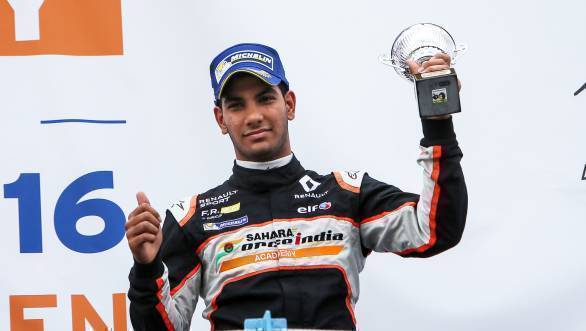 Jehan didn't get off to the greatest start when the first race began. He was down to third, due to some wheelspin. While he did try to regain the place he lost, he wasn't able to. After some dicing with Portuguese racer Henrique Chaves, Jehan managed to retain his fourth place. He then closed the gap down to the racer ahead of him, made a move on Defourny, and took back his third position. Lando Norris won the race ahead of Dorian Boccolacci. The second race saw Jehan maintain his second place start position at the beginning of the race, while Lando Norris was ahead in first place. However, Jehan suddenly lost half a second a lap at one point in the race, which allowed Max Defourny to catch and pass him. Defourny even managed to make his way past Lando and take the lead. Soon Boccolacci and Sacha Fenestraz had closed up on Jehan and were all over his tail. But Jehan drove defensively and managed to maintain his third place, taking his second podium that weekend.

"I am happy with my pace in qualifying. We need to work a bit on our race pace. Over the last few weekends, we have been struggling with the tyres going off during the race, but I am confident we will find a solution for this" said Jehan.

Jehan's next race will be a round of the Formula Renault 2.0 Euro Cup in three weeks' time.