Force Motors India has launched the Trax Cruiser Deluxe at Rs 8.68 lakh (ex-Maharashtra) with significant upgrades in the interiors and marginal changes on the outside. The Force Trax Cruiser is a passenger transport vehicle, commonly used in rural and semi urban areas in the Indian sub-continent. 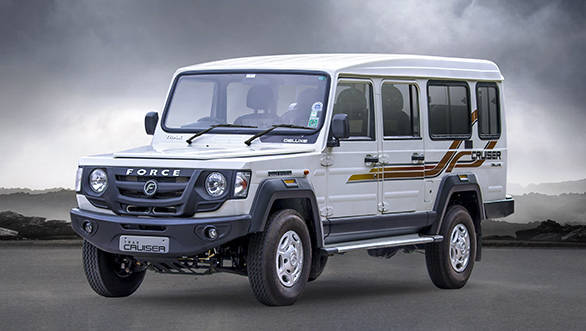 The new Trax Cruiser Deluxe gets AC vents at the front and at the centre of the passenger compartment. The other changes in the interior are the extended foot-board on the sides, two tone colour scheme on dashboard and a new instrument cluster. Changes on the outside are the new front grille, bumpers, wheel arches, headlamps, side graphics and wheel caps.

The Trax Cruiser Deluxe comes with two seating options - D+9 and D+12 (D stands for driver and +9 or 12 for the number of passengers). Under the hood is a four-cylinder 2.6-litre turbo-charged DI engine producing 81PS/230Nm mated to a 5-speed transmission. It will be available at Force India's commercial vehicle dealers with a 3-year/3 lakh km (whichever arrives earlier) warranty and seven free service sessions.

Ashutosh Khosla, president sales and marketing, said, "Trax is the first fully indigenous, multi utility vehicle developed in the country. Over the past three decades, it has established itself as the preferred people and goods carrier in rural and semi urban India. Force Motors has been constantly refining and updating it over the years thereby ensuring its unchallenged longevity. The latest variant which offers more comfort to its passengers is another step in that direction."