Cadillac's latest offering stateside is the ATS-V, a car that would make even the Europeans turn green in envy. With 455PS and 603Nm of torque blasting out of the twin-turbocharged 3.8-litre V6, the ATS-V packs in some serious firepower. This engine is the first in the V series to get a twin turbo system but apart from that it also comes packed to the gill with much vaunted tech. The turbos pack in low-inertia titanium-aluminide turbines and titanium con-rods further reduce inertia of the rotating masses. Vacuum actuated wastegates enable quicker torque responses to reduce lag. The compressors are matched for peak efficiency at peak power levels and there is even a patent pending low-volume charge-cooling system to maximise boost pressure and enhance packaging efficiency. The first serious hint of an all incredible spec is the exterior detailing on this car, be it in sedan or coupe form. The standard twin slat grille has been replaced with a honeycomb number, the lower air intakes on the bumper are wider and the big tear on the hood to flush out the hot air distinctly reveals its intentions. What you won't notice is the carbon fibre hood, painted over just to make the car look homogenous and the slightly wider fenders to accommodate wide profile 19-inch wheels and tyres. 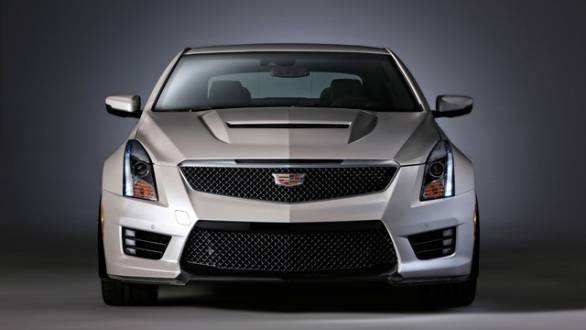 But that superbly specced engine and the purpose built body kit aren't the only highlight here, it's even got a limited slip differential LSD that keeps the reins tight on the rear wheels. It even gets launch control and that with the 6-speed manual transmission that has active rev match and no lift shifting (lets you keep the pedal mashed to the floor and peak revs while shifting) gives it an incredible turn of speed. 100kmph comes up in just 3.9 seconds which is sportscar territory and top speed is limited to 297kmph, a shade beneath the 300kmph mark which would be intruding on supercar territory. The Cadillac ATS-V also gets an advanced traction management system with five different settings, obviously allowing you to shuffle between an eco-mode all the way up to a race mode. 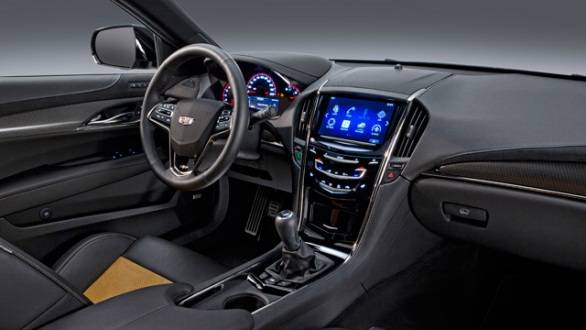 But don't mistake this for just another example of American muscle. Keeping that riot mongering engine in check is an intensely revised chassis, suspension and braking system. The chassis first, it's been strengthened and rigidity has gone up by 25 per cent to shake off those torsional and lateral forces that act on it during hard acceleration, cornering and braking. The suspension has been tweaked and now includes the third gen magnetic ride control, which we've also recently seen on the new Mercedes-Benz AMG-GT. 6-piston pots on the calipers in front and 4-pot Brembos at the rear complete the package. 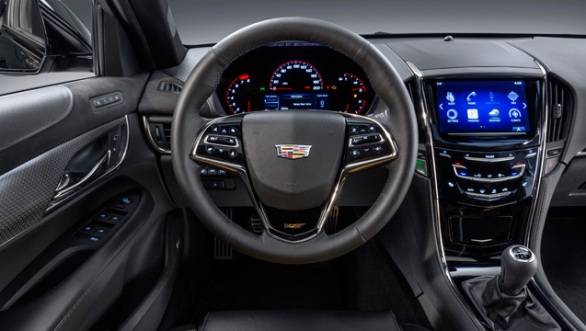 Well, not nearly complete - that's just standard package. You can specify additional trim and performance enhancements. You get the carbon fibre pack and the track pack, both of which add on several bits to lighten overall weight and sharpen dynamic performance. Track pack adds a lap timer to the kit. The Cadillac ATS-V will soon hit showrooms across the US, but it's the Europeans who might just want to get their hands on this one first. 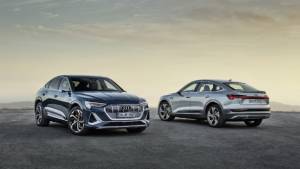 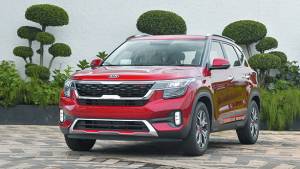