Mazda Motor Corporation will showcase the CX-4 crossover SUV at the 2016 Beijing Motor Show, that's set to be held from April 25 to May 4, 2016. Based on the Mazda Koeru concept, the production CX-4 was caught testing in China earlier this year. Compared to the concept, the production model is toned down but you can expect to see the CX-4 sport the same overall dimensions and shape when it's unveiled. The exterior design draws inspiration from the Mazda CX-9, that debuted at the 2015 Los Angeles Auto Show and it's likely that the interior will be similar too. 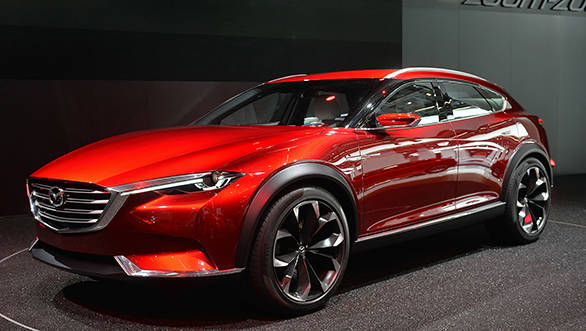 The CX-4 will share its 2,700mm wheelbase with the CX-5 SUV, but will take des ign cues from the Mazda3. The Mazda CX-4 could also get Mazda's SkyActiv range of engines which is seen in the CX-5. There's a 2-litre and 2.5-litre petrol motor as well as a 2.2-litre diesel in the portfolio. 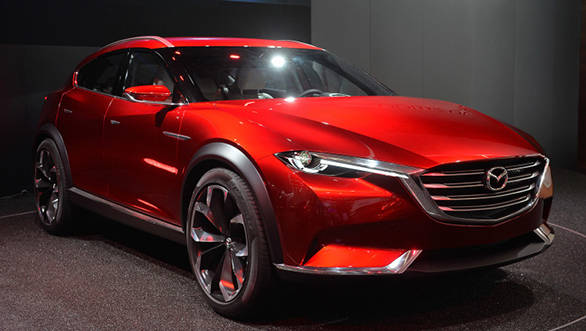 The Mazda CX-4 will serve as a compact crossover that will bridge the gap between the subcompact CX-3 and the CX-5. Expect more details on the new model to be announced ahead of its debut next month.

In addition, Mazda will have a dozen vehicles at its pavilion, including the Mazda3, Mazda CX-5 and Mazda6. Mazda will also showcase the race cars prepped for the Mazda-sponsored, MZ Ruisi Racing Team, that are competing in the China Touring Car Championship (CTCC).