If we took a shot of caffeine for every time we heard the word 'sport' or 'performance' on day two of the Auto Expo. . . Well, actually we did, which explains a very sprightly and buzzing Team OD bouncing from pavilion to pavilion - nearly each of which had its own 'caffeinated' versions of regular offerings. See our sip counter below to keep track.

It all started with the announcement of the. . . 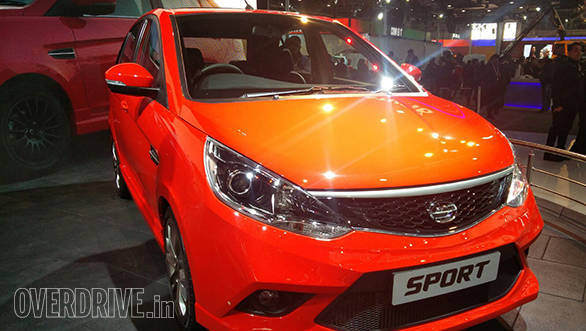 Orange is the new black for cars everywhere - evident from the tangerine Bolt hatch that announced the arrival of Tata Motors' very own performance (sip#1) division - think M or AMG. The 110PS Bolt was christened the Bolt Sport (sip#2). It got some suspension upgrades and aerodynamic bits for enhanced stability. The next installment of this project will bring up the power to 140PS, with a transmission and stiffer underpinnings to match. And a Tata Zest Sport (sip#3) is next on the list.

Tata Motors to spin off a new sports division 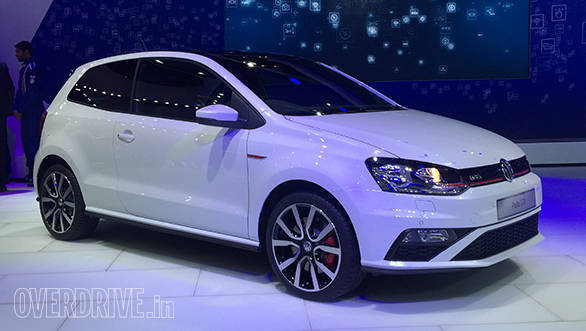 Yes, we're fans of the Polo. And the confirmation of the launch of the most powerful one later this year had us giddy. This three-door GTI version of the hatchback is powered by a 1.8 TSI, tuned to make 192PS. We expect the GTI to arrive as a CBU and that means that it should get the Euro-spec, performance (sip#4) suspension and disc brakes all around. Other sporty (sip#5) enhancements would include the popular 7-speed DSG 'box and paddle shifters. Like all things good, this little hot hatch too will be dear - Rs 20 lakh or upwards. 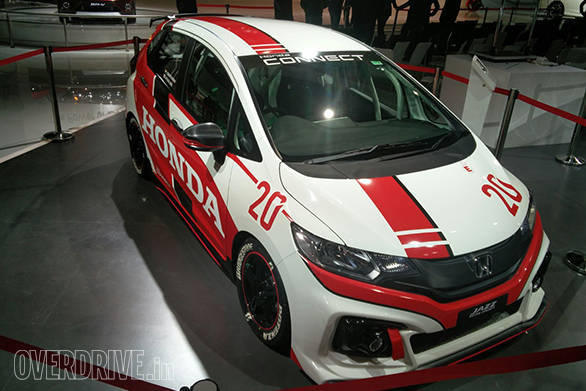 High performance (sip#6) stickering, sporty(sip#7) side skirts and racy livery aside, this concept was powered by a higher displacement motor. Our aural judgement (we heard the engine fired up) tells us it could be the 1.5-litre iVTEC.

Does this portend the onset a sport (sip#8) division from Honda? It might do wonders for the brand appeal. Jazz hands to that! 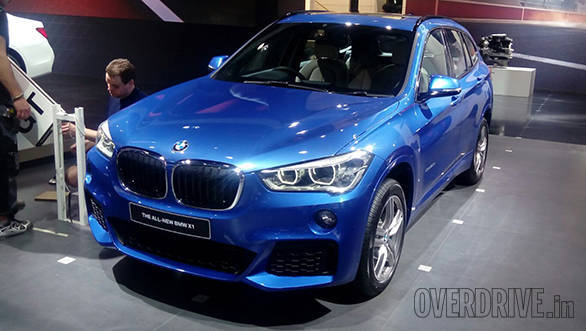 For those who like their sporty (sip#9) rides SUV-sized, BMW launched the 2016 model of the X1. For now though, all the BMW X1 models that will be sold here will be diesels. Sales of the petrol variants will commence late-2016. 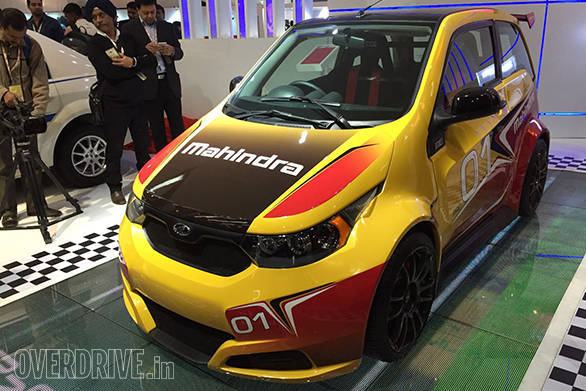 Mahindra's sport (sip#10) direction is a little, well, electric in nature. Instead of applying all the performance (sip#11) enhancements to a regular car, they decided to bring a souped up version of the e2o to the Expo Floor. Dressed in racy red and yellows, the e2o Sport (sip#12) features a wide body kit, rear spoiler, wider and lower profile wheels with sticky rubber as well as massive disc brakes both front and rear. Inside the car are two racing bucket seats with six point harnesses and a Momo racing steering wheel. The electric motor makes 143PS (105KW) available right through the rev range - because it's electric, remember?

Numbers? 60kmph in 4 seconds and 100kmph in 8 seconds and a top speed of 120kmph. Can cover 200km between charging sessions. That's some serious performance (sip#13)  for an EV.

Above all this banter of performance (glug glug glug. . .we're done counting) and sport, there was much cross-talk. Straddling the hatch and SUV segment is the new favourite sport for auto manufacturers. Because the numbers here aren't just about performance but the ones on the sales charts. 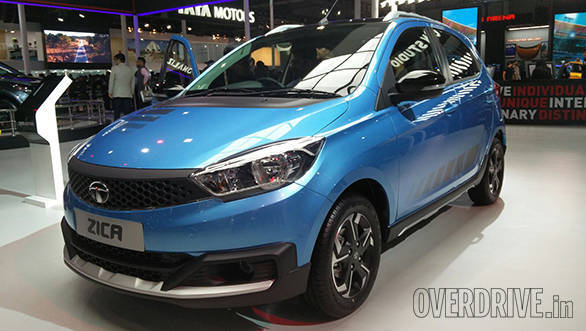 Tata have had to do away with the Zica brandname because of the Zika virus outbreak and the unfortunate similarity in the nomenclature. But they're hoping to use its platform to sate the appetite of the crossover-crazy Indian customer. The Tata stall at the Expo also includes a personalisation studio which has existing models kitted with accessories. Which is where the Zica based crossover, tentatively called the Tata Zica Aktiv, is on display.

This model gets all the usual additions like matte cladding on the front and rear bumpers with bash plates underneath to give it a crossover look. The front grille is finished in matte black, while the lower half has an aluminium finished cladding. contrasting roof rails, a sporty vinyl with new alloys and a matte rocker mould. From the Striker Blue shade displayed, it is evident that the Tata Zica will be offered in funky colours.

Sharing the limelight here were also the Kite 5 compact sedan, the Hexa MPV and the Nexon SUV 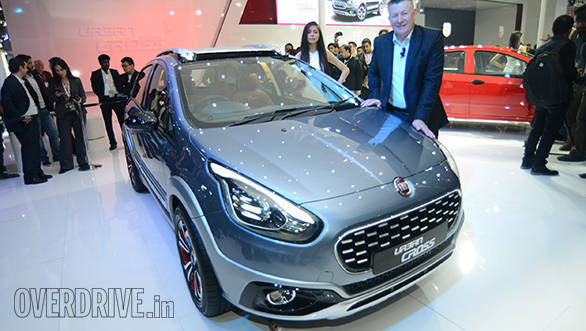 The Fiat Urban cross comes with a dual tone interior, new 17-inch alloys, turn indicators on the ORVMs, LED tail lamps and follow-me-home headlamps. Additionally, it gets a touchscreen infotainment system with Bluetooth and Aux compatibility and navigation.

If you spot the OVERDRIVE stall at the India Expo Mart in Greater Noida, then stop by and say hi. And bring some more coffee.