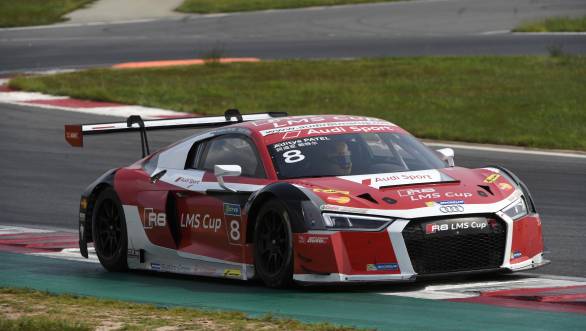 Aditya Patel's tough season in the 2016 Audi R8 LMS got just a little bit better at the fourth round of the championship at Inje, Korea. Patel did clock competitive times during the practice session, but an error during qualifying saw him down in ninth position on the grid.

During the first race, Patel had a poor start, dropping down to tenth place. From there, he managed to gain positions through the race, managing to move up to sixth place, which is where he ended the race. Hong Kong's Marchy Lee won the race.

During the second race, Patel managed to move up to third place during the first lap, and then he began to battle with championship leader Martin Rump over the next few laps. However, it was Alex Yoong who won the race. Patel had to settle for fifth place, having being passed by team-mate Alessio Picariello.

"Considering the way the first half of the year went, I can't be too disappointed. Of course I would've liked to fight for the podium but unfortunately, the pace wasn't good enough. The consistency over the course of the race was encouraging and we now have our work cut out for Taiwan," said a pensive Patel.

Round 5 of the Audi R8 LMS Cup with be held at Penbay International circuit on October 16th.