Volvo has revealed information about the interiors of its 2015 XC90 crossover, three months prior to the unveiling in August. Unlike the current Volvos, the centre console of the new XC90 will be completely devoid of buttons, and will rely on a tablet-like touch screen, similar to the Telsa Model S.  The vehicle will be offered with a seven-seat configuration along with a gear lever manufactured from crystal glass by Swedish glass maker Orrefors. In addition, it will also boast diamond-cut controls for the volume and start/stop. 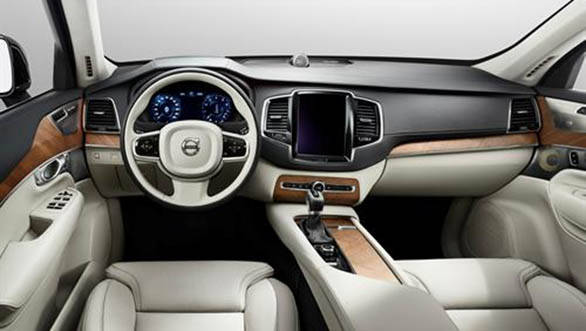 There are two seat choices in the new XC90. The standard 'Comfort' seats include adjustable side bolsters, seat cushion extension, multi-directional lumbar support and vertical adjustment of the headrests. Ventilation and massage functions are optional. The 'Contour' seats are optional and offer optimised lateral support from shoulders to thighs. 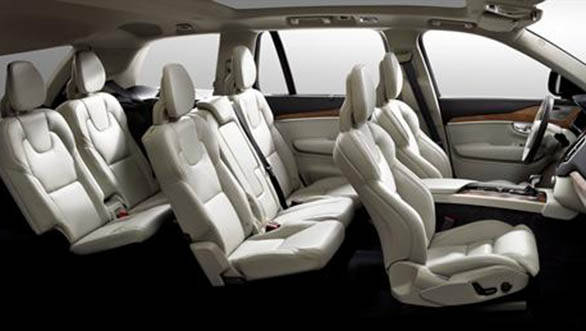 The new crossover is the first Volvo to use the company's Scalable Product Architecture (SPA), which brings increased design possibilities, improved driveability and the inclusion of the latest safety features and connected in-car technologies, while at the same time offering increased space.

Four-zone climate control will also be offered with the new XC90 as an optional extra, adding individual setting for front and second-row occupants. 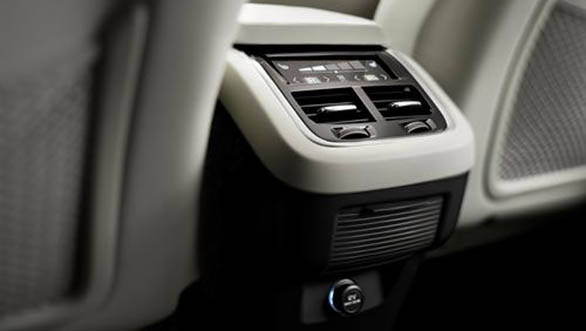 Volvo says they will reveal more about the engines and chassis soon. There will be further details on the safety highlights released towards the end of July, before the car is unveiled in August.

FIRST LOOK INSIDE THE ALL-NEW VOLVO XC90: VOLVO CARS' MOST LUXURIOUS INTERIOR EVER