Tata Motors has launched the refreshed GenX Nano in India between the price range of Rs 1.99 lakh -Rs 2.89 lakh, ex-Delhi. There are three variants in manual (XE, XM and XT) and two in automatic (XMA and XTA). The CNG variants will not be given the facelift treatment. 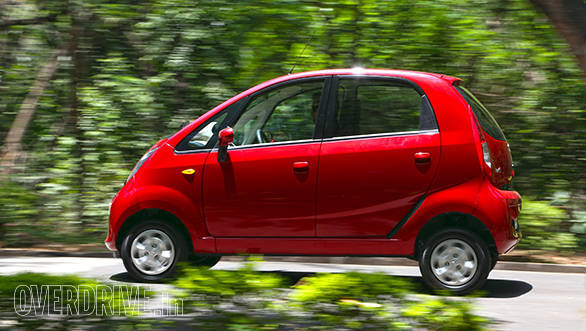 Speaking of refresh, the new Tata GenX Nano has a new smiley face with black inserts in the headlamps and round fog lamps. The wheel cap designs are also new. At the rear, while there are no cosmetic bits, there indeed is a difference. The boot is openable now and boasts 110litres of storage capacity in the manual and 94litres with the AMT. Inside the cabin, the upholstery is new, however the Nano retains its centrally mounted instrument cluster. The meter dials have changed and are inspired from the new Tata Bolt and Zest, and they come with a whole lot of information including distance to empty, instant fuel efficiency, gear shift indicator and engine temperature. So is the steering wheel. The Bluetooth-enabled music system is the same from the outgoing car and can be used to make and receive phone calls. The new Tata Nano is as spacious as before and gets two lockable glove boxes. Power steering is standard across the range now. 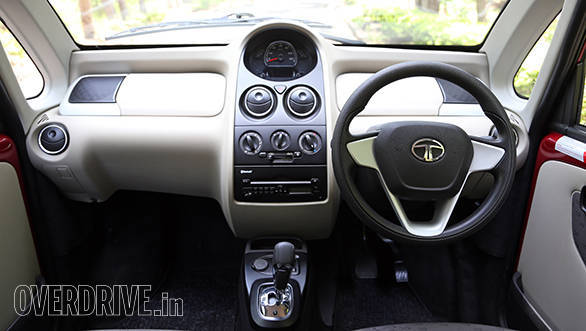 The Tata GenX Nano has a 624cc two cylinder petrol engine which makes 38PS/51Nm. It comes mated to a 4-speed manual transmission and a 5-speed AMT.  The AMT has been built by Magnetti Marelli and gets a creep function and Sport mode as well. While the Nano with a manual transmission boasts 23.6kmpl, the AMT equipped car claims a fuel efficiency of 21.9kmpl. The fuel tank capacity has also gone up to 24 litres from the earlier 15.

More from OVERDRIVE on the new Tata GenX Nano 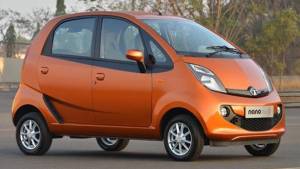