2015 Subaru WRX teased ahead of its Los Angeles debut

Back in March, Subaru took the veils off an attractive concept car at the New York Auto Show. This was the WRX concept for the upcoming 2015 model. Subaru has now released a teaser that indicates to a production ready 2015 WRX. 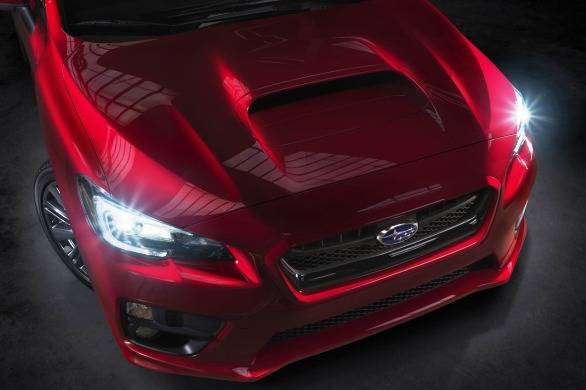 The rally-inspired car gets the signature squared-off front bumper

The teaser gives a top view of the hood and front fascia. The rally looking car gets the signature squared-off front bumper. The scalloped lamps get LED daytime running lights surrounding the the outer edge. The car gets a blackened mesh grille. The wide air intakes, hood scoop and the multi-spoke greyish alloys are other elements visible in the teaser. The car seem to get a more planted stance with that broader jawline. 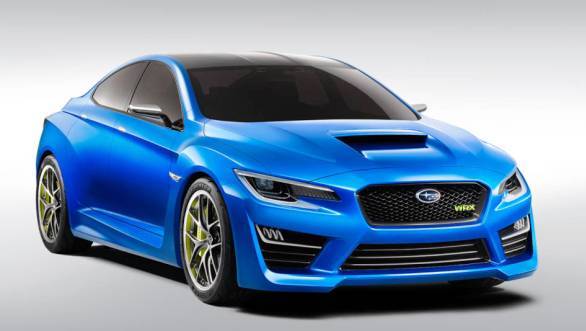 The concept that was unveiled in March had made use of plenty of carbonfibre to reduce weight and lower the centre of gravity. It had well-sculpted hexagonal grille and air-intakes to provide downforce. The rear had a trunklid spoiler and quad exhausts. The brand had spoken of a 'new turbocharged engine and intercooler', and then there are those quad exhausts. It also flaunted 20inch BBS alloys wearing Dunlop tyres.

We will have to wait for further information or a few more teasers to actually claim what this road-ready Subaru will look like. What is confirmed though is that the 2015 Subaru WRX will be at the 2013 Los Angeles Motor Show. 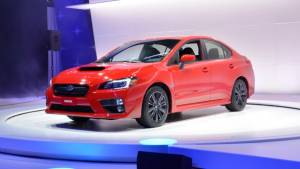