The wait is finally over. After contemplating for days on end, Skoda has finally revealed the new Fabia ahead of its Paris Motor Show 2014 debut. 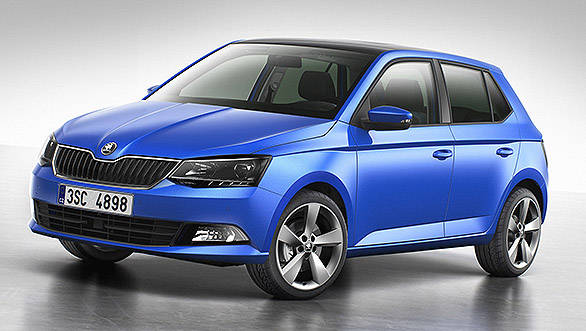 The new 2015 Skoda Fabia is wider as well as lower than the outgoing car. It still squeezes under the four metre mark, which should qualify it for lower excise duty benefits when it comes to India next year. Skoda says that the boot will also be the biggest in its class and so will the interior space. The new Fabia is based on the VW PQ26 platform which it shares with the new Polo. The design is based on the VisionC concept showcased at the Geneva Motor Show last year. It retains the familiar family face which was first showcased on the new Octavia. The basic silhouette remains the same with the alloys borrowed from the international Polo while the rear, Skoda's head designer Josef Kaban says is "really impressive".

Skoda will offer the new Fabia with a choice of new petrol and diesel engines. Globally, there will be four petrol and three  diesel engines, however for the Indian markets, they are expected to remain the same as the Polo's. There is also a chance that Volkswagen may limit the use of the TSI engines to just the Polo and Vento, with the Fabia getting the 1.5TDI and 1.2 MPI motors. Internationally, the engines come with start-stop and also kinetic energy recuperation as standard while complying to EU6 emission norms.

The petrol engines are available in three- and four-cylinder configurations with the smallest being the 1.0MPI 3-pot naturally aspirated one. The same TSI engine that comes with the Polo is also available. Power figures for the petrol engines start from 60PS for the 1.0 to 110PS for the 1.2. The diesel aluminium block engine is an all-new 1.4-litre turbo which is tuned for three different power outputs, same as the outgoing car. Skoda claims that fuel efficiency has been increased by 17 per cent over the old car. The base model, at 980kg, now weighs 65kg lower than before. 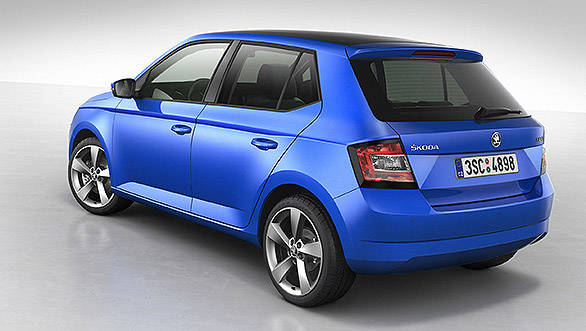 At the time of its global launch, Skoda will offer customers the option to customise their cars with a special colour concept and also numerous configurations for the interior. For the first time, the MirrorLink tech will be adopted for a Skoda car which will allow pairing a smartphone with the vehicle. 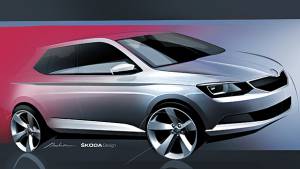