Kawasaki Racing Team's Jonathan Rea has been crowned the 2015 SBK World Champion after finishing fourth on his Ninja ZX-10R, in the first race of the Pirelli Spanish Round. He won with a comfortable lead of 125 points ahead of his rival, Chaz Davies. Of the first 21 races held this round, Rea won 12 and clinched 20 podium finishes. 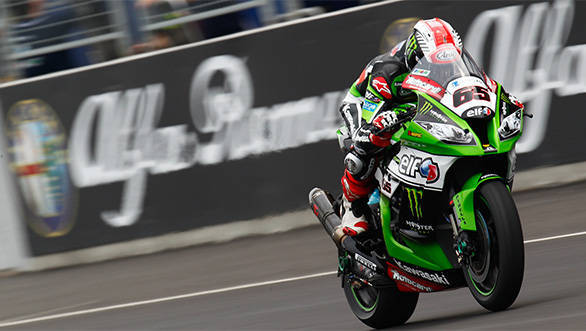 Jonathan Rea on his Kawasaki

As he mentioned in a statement to BBC Sport, "I cannot quite believe it  I have been waiting for this moment for such a long time. It was a difficult race and on every lap I was thinking about the championship and I was really happy in the end."

In the first race, Tom Sykes (also from Kawasaki Racing Team) finished first ahead of Chaz Davies and Michael van der Mark. Rea, who started second on the grid, finished fourth. Although it was a similar ending for Rea in race two, his teammate Sykes only managed a fifth place finish while Davies took first place on the podium. While the championship title is sealed, there are still two more rounds to go - the battle for second between Davies and Sykes will be a close one with a difference of just 22 points between them.