2015 MotoGP: Rossi hopes to be competitive at Valencia finale

The final race of the 2015 MotoGP season has got to be one of the most highly anticipated events in motorsport this year, with Rossi having to fight for his championship from the end of the grid. Expecting a horde of questions about the incident at Malaysia during the rider debriefs, Carmelo Ezpeleta, the CEO of Dorna Sports, and the FIM have asked Rossi, Marquez and Lorenzo to talk only about the race at Valencia and not Malaysia.

However, Rossi did mention that he regretted going wide at that corner, instead of sticking to his normal line. Rossi made an appeal to the CAS to suspend the penalty he received at Malaysia, however, they rejected his request stating "the FIM Race Direction found that Valentino Rossi had deliberately run wide in order to force Marc Marquez off line, resulting in contact causing Marquez to crash out of the race." 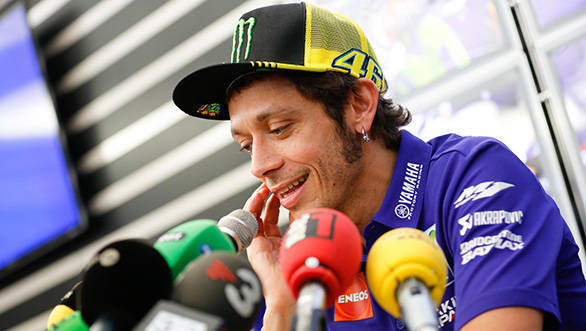 "Unfortunately, starting from the back of the grid makes everything very difficult. It is already difficult, but starting from last makes the things in the race a lot harder. But I'm here and we have to do our best to stay concentrated and to try and do good work during the weekend and arrive competitively and as fast as possible on Sunday for the race," says Rossi.

Rossi's teammate, Lorenzo, apologised for his thumbs down gesture on the podium at Malaysia stating, "I just want to say that it was a mistake - the gesture I made on the podium. I regret that and I want to say sorry, especially to the people who watch this on television. It is not a sporting symbol, especially for the young people who are watching MotoGP around the world." 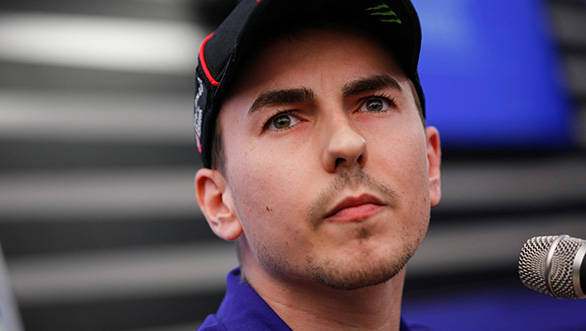 Lorenzo also stated that he respected the CAS' decision on Rossi's appeal and said, "Naturally there are some moments of disagreement, and during these days different things can happen, but our relationship in the future will be the same. I think Valentino and I, like I always say, form one of the best teams in the world, so my idea has been the same."

Marquez on the other hand, felt that after the incident in Malaysia, "it has been one of the most difficult weeks" in his life. "After Malaysia I tried to forget and concentrate one hundred per cent for the last race of the season, but it was not possible," he said. However, he did mention that his only regret from the previous race was that he didn't finish it "for his team and his target." Although Marquez stated that he found it difficult to prepare for the final race, he was certain that nothing had changed. 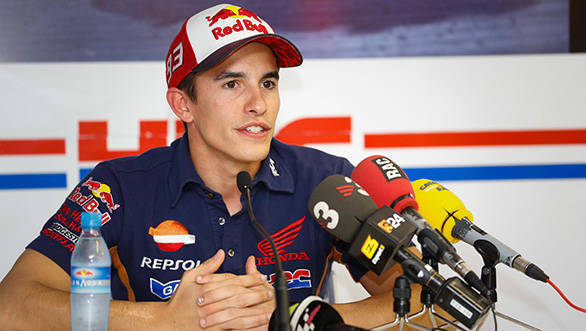 Rossi had confirmed that he would participate in Q2 if he makes it in the top ten on Saturday, and if he decides to compete in the race on Sunday, it could be one of the most watched events in MotoGP history.