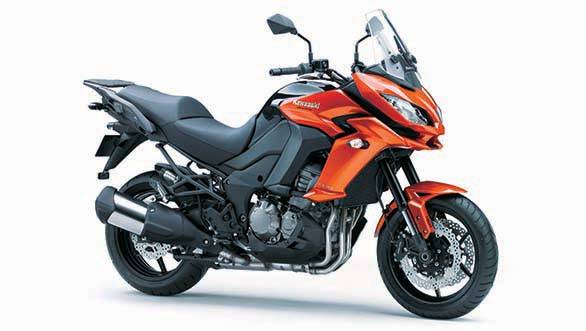 Kawasaki recently unveiled the 2015 Versys 1000 at Intermot and it seemed so impressive that we said we couldn't wait to see it on Indian streets. Looks like the wait is over as Kawasaki has officially confirmed to us that the bookings of the V1000 have opened in India with the commercial launch in a few weeks from now. The Kawasaki Versys 1000 is priced at Rs 12.9 lakh (ex-showroom, Pune) and the booking amount is a whooping Rs 7 lakh.

The 2015 Versys wears an updated design and finally gets the familial treatment with a split-headlamp nose and a shaper design overall. Its 1043cc engine, same as the Z1000 / Ninja 1000, puts out lower, 120PS and 102Nm, and is mated to a six speed transmission with a slipper clutch. The Versys is tuned for better low-end and midrange torque and has shorter first and second gears when compared to the Ninja / Z1000. The engine also runs a shorter compression ratio of 10.3:1 compared to the Ninja's 11.8:1, meaning it ill be relatively more forgiving to the Indian fuel conditions. The Versys features three user-switchable riding modes as well. 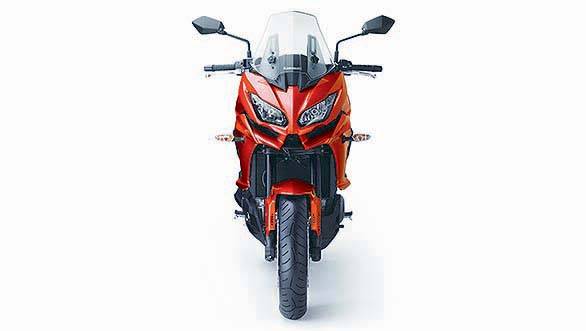 After the Z and Ninja range, the Versys will be the third model line for Kawasaki in India

The Versys 1000 has an upright riding posture and features a twin-spar aluminium frame with 43mm inverted forks. Since this is an adventure tourer, it comes with an alternator capable of supplying 15.3 amps at 11,000rpm to accommodate accessories like GPS devices, heated grips and charging units. We hope to see Kawasaki make a host of touring accessories available for the Versys. 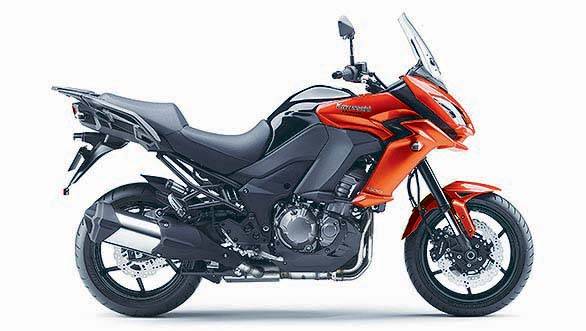 The Versys has a upright riding posture suited for touring

The primary area of focus for the new model is a stronger luggage-hauling capability. Globally, ABS is offered as standard and traction control as an optional extra, but we expect to see both these systems come through as a factory fit, similar to the Ninja 1000. Speaking of which, the Versys 1000 will be imported as completely built units (CBU) and its natural rivals are the likes of the Triumph Tiger 800XC and the Suzuki V-Strom 1000. After the Z and the Ninja range, the Versys will be the third model line from the Japanese bike maker and now that it is hitting the Indian streets, we can't wait to lay our hands on one. 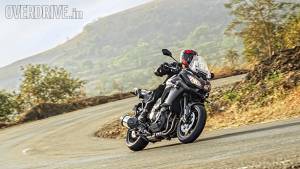