Honda's iconic Gold Wing cruiser has been around for 40 years now in one form or the other and after four decades in existence it is finally available in India. The Gold Wing is powered by a horizontally opposed six-cylinder engine. The motor displaces 1832cc and is renowned for its ultimate smoothness and linear grunt.  The Gold Wing comes with panniers that can hold upto 150 litres of luggage and also provides a range of creature comforts including a 6-speaker 80W sound system, an electric reverse system, cruise control and more. In terms of safety the Gold Wing gets a combined braking system that is supported by ABS. The top end Gold Wing also comes with an airbag. Honda offers two variants in India, the Gold Wing Audio Comfort and the Gold Wing Airbag. The latter is also available with satellite navigation and is priced at Rs 31.50 lakh and comes in Pearl Glare White. 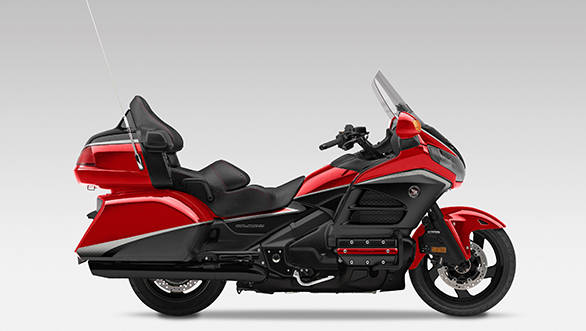 The Gold Wing's 117PS/167Nm is put down on the road via a 5-speed gearbox. The cam chain of the cruiser also adjusts automatically. The Gold Wing will compete with the likes of the Harley-Davidson Street Glide and the Triumph Thunderbird Storm LT. 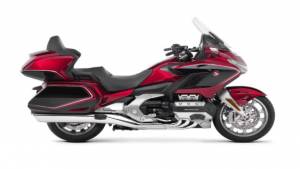