2015 Honda Fit Hybrid launched in Europe, will be sold as new Jazz in India

Honda has officially released first images of its hybrid hatchback, the 2015 Honda Fit. The Fit is Honda's Jazz car for the European market.

Honda claims that the Fit can deliver a fuel economy of 36.4kmpl over the Japanese test cycles. This is a 35% improvement over its previous generation. It will be the first hybrid to get the new single-motor e-assist system called Sport Hybrid i-DCD. It takes the CVT and replaces it with a "dual clutch drive" (i-DCD) with seven speeds. 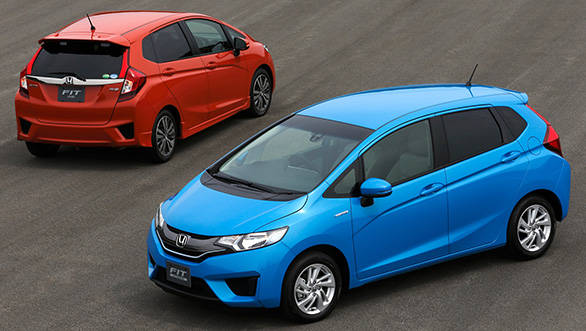 The Fit was sold in India as the Honda Jazz until it was discontinued in 2012. We will see a new Jazz in India in 2014, with a diesel motor. Expect it to look very similar to this, though a few details changes such as the front grille and the exaggerated bumpers may not be part of the standard hatchback. Also do not expect to see the hybrid version launched in India. Honda have gone down this route once with the Civic hybrid which was launched in India around 3 years ago.

What we learned from that experience was that hybrids are significantly more expensive than their IC-engined counterparts and at that price there were few takers despite the larger environment issues these cars addressed. Also, the first time Honda launched the Jazz in India it was priced steeply and lost out on several consumers who loved the package but could not afford it. Introducing the next generation of the Jazz at a steep price point again would sound the death knell for this car in India irrespective of the value it provides or the issues it addresses.

The new Jazz will be manufactured at Honda's new facility at Tapukara, Rajasthan which is still under construction. This plant also puts together  the diesel and petrol engines as well as the transmission for the Amaze and Brio. Supply for the new Jazz will also come from within this plant. We have seen the manufacturing unit coming up and according to company sources it should be ready by mid 2014 or May-June to be more specific. The cars should be ready to roll out about a month or so after the facility begins operation, so expect the new Jazz to be launched sometime near July or August 2014.

Expect pricing to be in the 5 lakh bracket as this time round, Honda will have a higher concentration of locally-sourced components. This will make this brilliant and highly practical hatch very good value for money, a proposition it lost in its first run in India! 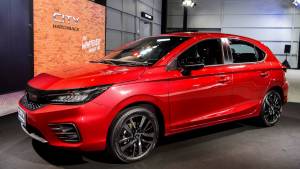