2015 Honda CB Shine to be in Indian showrooms by March

At a recent press conference, HMSI announced the launch of the new Shine motorcycle. The new Honda CB Shine gets refreshed graphics, new side panels and a bigger visor. The more noticeable change is the inclusion of HET to the Shine's already refined engine. HET stands for Honda Eco Technology which brings in a host of fuel saving techniques and refinement. 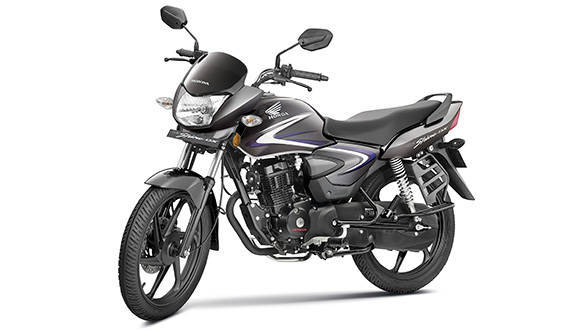 HMSI has also added its patented combi braking system to the Shine which will ensure shorter and effective braking. The Shine, according to Honda is the largest selling 125cc motorcycle in India. It is also one of the most sold models from Honda's stables anywhere in the world. It is powered by a 125cc motor which makes 10.30PS and 10.90Nm. This engine is mated to a four-speed gearbox.

Honda claims a fuel efficiency of 65kmpl from the outgoing model, however, the new figure for the HET-fied Shine hasn't been released yet. The commuter motorcycle will be available in four colours in showrooms from March 2015.

More from OVERDRIVE on Honda's 2015 line-up in India:

Ford India opens Personalisation Centre for its vehicles in Chennai