Kush Maini, finished second in his KF (senior class) debut at the 2015 German Karting Championship (Deutsche Kart Meisterschaft) that was held at the Kerpen circuit. The weekend began with Maini qualifying fifth, 0.133s behind the leader. After the heats, he managed to secure sixth place on the grid for the finals. 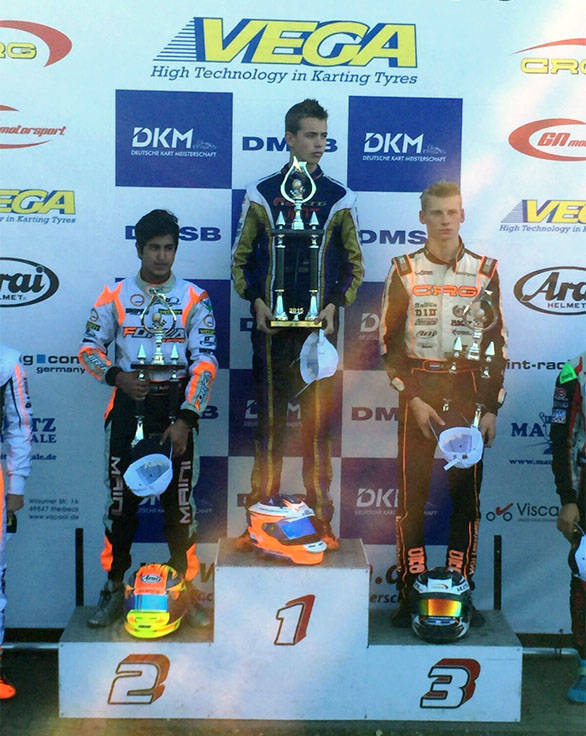 The final race didn't start too well with Maini losing two places. However, he managed to regain these positions as the race progressed and at one point, overtook three karts in one lap within a few corners, pushing him to second place. Unfortunately, a competitor flipped his kart in the same lap, which called for a red flag. The rules stated that the order for a restart was decided according to the drivers' positions in the previous lap. This meant Kush had to start from fifth with just a few laps left. Undeterred, Maini made his way back up to second after the restart, finishing right behind the leader. He managed to set a lap time of 43.395s, which was the fastest by almost 0.2s. 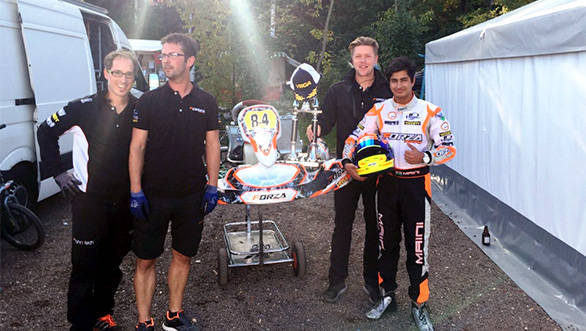 After the final race, Kush had said, "I'd like to thank my team, Forza Racing, who gave me a near perfect kart to work with. I tried my best to make a move on the last lap but I couldn't make it stick and had to settle for second. That being said, I'm quite happy with my KF (senior class) debut. I've never raced in Germany before, so to come here and get a podium straight away is quite a good result."

Maini will now take part in the third round of the JK Tyre National Racing Championship in the JKFB02 series before heading to Italy for the WSK Final Cup.