Tata Motors has unveiled two new concepts at the ongoing Geneva Auto Show 2015. The Tata Hexa and Bolt Sport are sportier, next-gen versions of the Aria and Bolt respectively.

The Tata Hexa is built on the Aria's underpinnings but looks a lot better. Aria references like the wheel arches, silhouette, ORVMs and twin exhausts have been retained. The new bits include the grille, headlamps and the rear. Tata has added 19-inch wheels to the Hexa concept but while the car is "near-production ready", we believe these wheels may be given a miss in favour of 17-inch ones.

The vertical tail lamps from the Aria have been replaced with more SUV-like split units. The cabin too is a significant improvement over the Aria and more in line with the recent Zest and Bolt - ambient mood lighting, six seats, a bigger touchscreen infotainment system and dual tone upholstery comprise the prime highlights in the cabin. Under the hood, the Hexa gets the same 2.2-litre engine which does duty on the new Aria but makes 400Nm of torque and 157PS of power. While the Hexa was showcased with a manual transmission, expect it to also get an AMT as and when it makes to production. 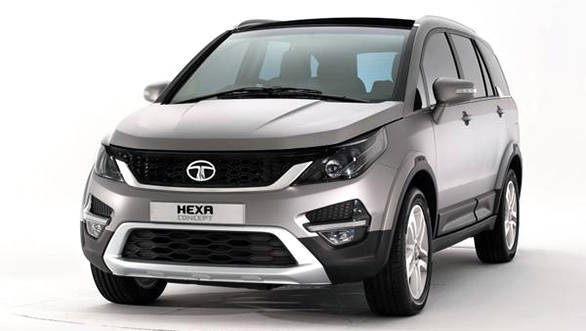 The sporty iteration of the Bolt hatchback gets a tuned 1.2-litre turbocharged Revotron engine which produces 120PS and 170Nm. The power and torque boost is achieved with the help of a redesigned exhaust and remapped ECU. Consequently, the gear ratios too have been altered. To go with the extra power, Tata has added disc brakes on all the four wheels. The looks of the Bolt also undergo significant revisions with sportier bumpers, new 17-inch alloys, all-black interiors and sports pedals.

While Tata Motors has not yet revealed  when the two concepts will be put in production, we expect them to make an announcement at the 2016 Auto Expo. 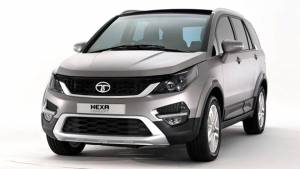 Confirmed: Tata Hexa crossover to be... 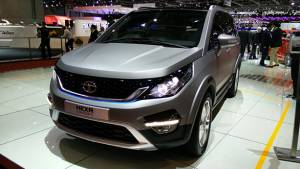