The Tata Bolt Sport, unveiled at the 2015 Geneva Auto Show, is the speedier version of the regular hatchback in India. The engine is the acclaimed and awarded 1.2T Revotron that has an updated power rating of 120PS with the torque boosted to 170Nm. The car also looks the part with side skirts, sportier bumpers and 17-inch alloys. Tata has also modified the interiors to complement the sporty looks - the Tata Bolt Sport cabin gets an all-black theme with contrasting orange piping for the stitches. The Bolt Sport concept also gets a sunroof. 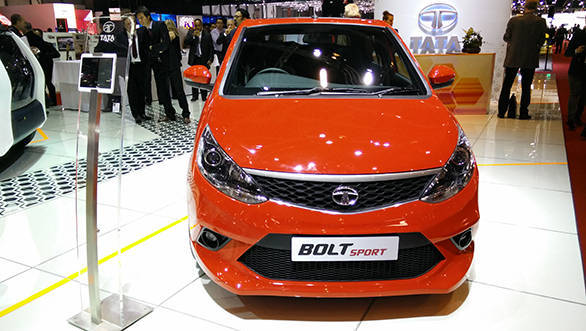 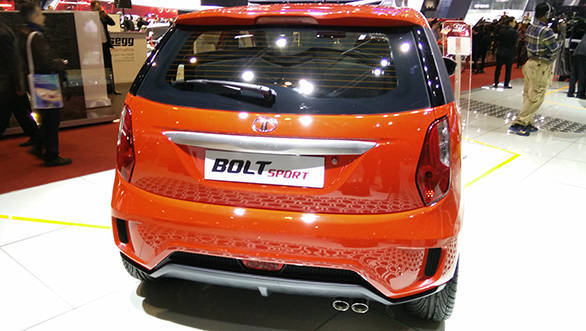 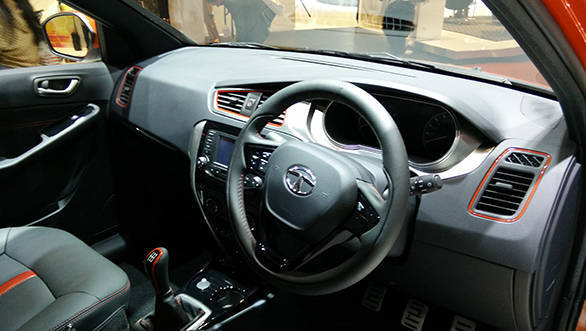 The Bolt cabin gets an all-black theme with contrasting orange stitching on the gear lever cover, around the AC vents and on the seats 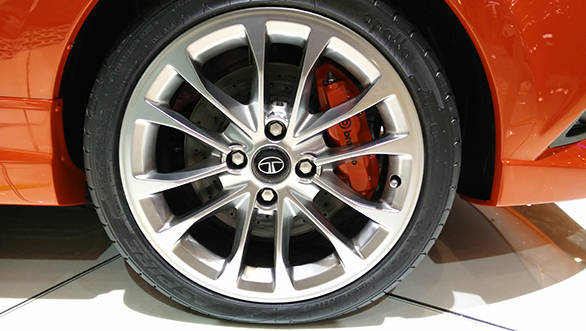 More about Tata Motors at the Geneva Motor Show 2015: