British marque Bentley makes some exquisite GT cars. The Continental GT, for example, is a fast, sporty number and for its sheer size, a nimble handler. But what if the discerning Bentley enthusiast and millionaire is looking for a purposeful, two seater sportscar and not a luxe barge? 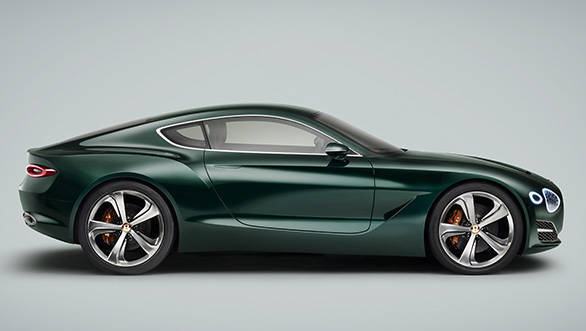 The Crew based manufacturer has just presented its new concept sportscar, called the Bentley EXP 10 Speed 6 at the 2015 Geneva Motor Show. Unlike Bentley's traditional sports coupes and convertibles with four seats, this new baby is a light, svelte and toned sportscar with two seats. Bentley says that the form of the car is inspired from the company's sporting heritage, which shows in the new concept's sporty stance. The long bonnet that stretches in front of the driver and the short, swoopy, coupe-shaped rear section highlight Bentley's new design language. The iconic Bentley matrix grille, flanked by two headlights on either side gives the car the family face. 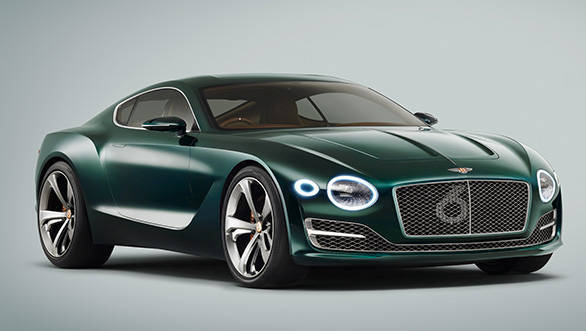 Bentley says that an advanced 3D metal printing technology has been used to design the grille, exhausts, door handles and side vents that results is a high degree of design precision. The grille, for instance, is no longer flat but has a complex 3D geometry, which is only visible when viewed at an angle. 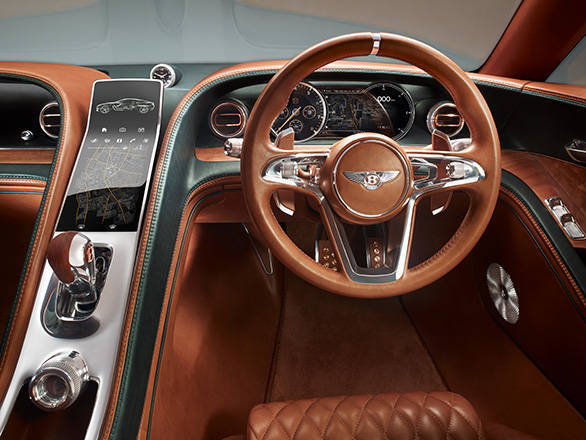 The interior is the company's most performance oriented luxury cabin to date, says Bentley. As is the case with any Bentley, the new concept EXP 10 features an interior design that is rather opulent. The dashboard sports a beautifully crafted, leather wrapped steering wheel behind which lies a digital instrument cluster. The centre console consists of a curved 12-inch touchscreen that is embodied in an aluminium frame. Two quilted leather seats along with quilted leather door inlays contribute to exude the charm of a typical Bentley interior. The stowage compartment behind the seats is designed to carry up to four bags that are designed as per specifications. 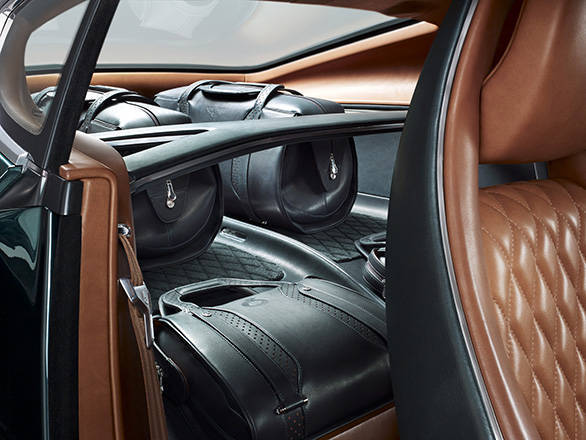 Bentley, however, has hinted that the new EXP 10 Speed 6 could be a model line in the future that would sell alongside the current Continental GT. Wolfgang Dürheimer, chairman and chief executive of Bentley Motors  said, "EXP 10 Speed 6 is one vision for Bentley's future  a powerful, exquisite and individual concept. The show car has the potential to be the new pinnacle luxury two-seat sportscar. It offers thrilling, driver-oriented performance, complete with trademark modern Bentley luxury and effortlessness." 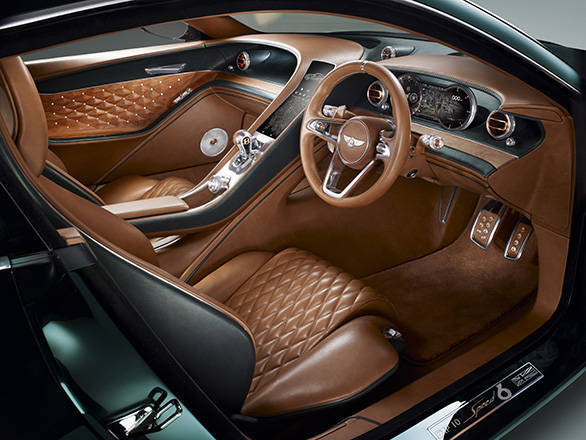 This exciting new concept from Bentley, although in concept stage, looks promising and if produced  will stir an interesting contest with the current crop of twin seat sportscars.

EXP 10 SPEED 6 - A VISION OF BENTLEY DESIGN AND PERFORMANCE