2015 Formula 1: Top five circuits to watch out for

The 2015 season of Formula 1 features a total of 20 races, one more than last year. Of course, this depends on whether or not the German Grand Prix is confirmed on the 2015 calendar, with Hockenheim being a possible venue for the race. Of course, nearly every race on the F1 calendar is interesting and intriguing. There are specific challenges that each race throws the way of the drivers and engineers. In Malaysia, it is the severe heat that proves to be taxing. Tyre wear becomes a huge concern, while the temperatures make things very uncomfortable for the drivers within the confines of the cockpit. Brazil is one of the few anti-clockwise tracks on the calendars, which means the strains that the drivers experience and the wear and tear on the cars is different than for most of the year. And Singapore, under the night sky, with the dazzling white floodlights also proves to be quite a challenge in some cases. But, there are races that are significant for other reasons - like in terms of the championship standings (for example Abu Dhabi, given that it is the season finale). Here's our pick of races that you need to watch out for in the 2015 season of Formula 1. 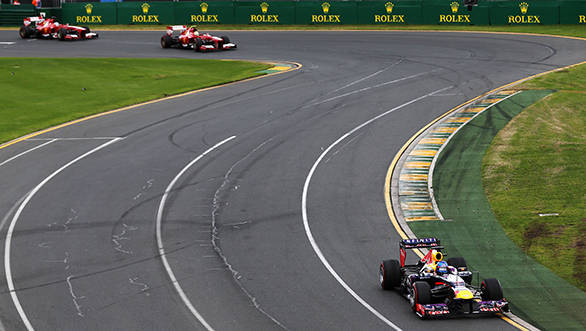 The first race of the season is always an exciting race. It is the start of a whole new season of Formula 1 and brings with it cheer and merriment from fans around the world. For some people, it's the Australian Grand Prix that signals the beginning of a new year instead of  December 31! Well, the 5.303km long Albert Park Circuit is a track that drivers appear to like considerably. There's also the fact that since it is the first race of the season, the Australian Grand Prix also gives us some amount of insight into exactly what is to follow in the races to come. It is the first time that teams are tested for their real race performance, as opposed to timing information that we have obtained from pre-season testing. It's certainly a race to watch out for! 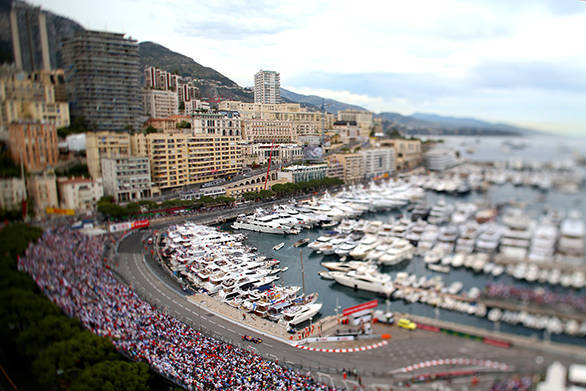 Monte Carlo or the Circuit de Monaco is a hallowed track in Formula 1 and winning the Monaco Grand Prix is something that every single Formula 1 driver aspires for. Since the Monaco GP was first established in 1929, the event has been considered one of the most prestigious races in the world, and along with the 24 Hours of Le Mans and the Indy 500, it forms the triple crown of motorsport. The 3.340km long Monte Carlo circuit is host to the sixth round of the Formula 1 championship. Why is this significant? More often than not, by the sixth race of the F1 season, there appear to be clear trends in terms of the driver's championship and the constructor's championship as well. The Monaco GP is also particularly impressive because of the sheer glamour involved in it. The street track snakes through some of Monaco's most impressive architecture and has the coast running alongside it, where there are yachts aplenty docked, with the rich and famous cheering on their favourite F1 teams and drivers. Singapore comes a distant second, but there's simply no catching up with Monaco in terms of glamour. 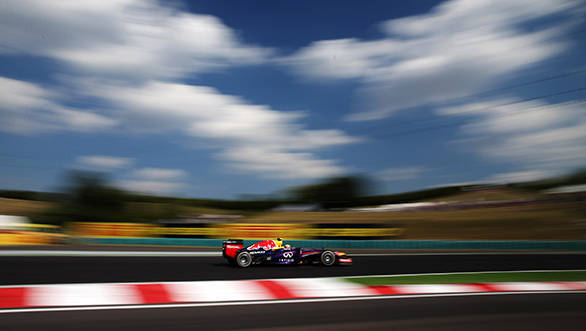 The Hungarian GP has been held a grand total of 30 times, not leaving the Formula 1 calendar since it was first introduced in 1986. In fact, at the 2013 edition of the race, it was confirmed that the Hungarian GP will continue to be a part of the F1 calendar, and will be held at the Hungaroring until the year 2021! The circuit's contract with the FOM aside, the 4.381km long Hungaroring is a driver favourite as well.

There are significant moments in F1 history that have occurred at the Hungaroring too. Back in 2001, Michael Schumacher equalled Alain Prost's total number of F1 wins when he took his 51st grand prix victory. He also managed to clinch his fourth world championship title at this race. It was the 2003 Hungarian GP that saw then Renault driver Fernando Alonso take his first victory in F1, also breaking Bruce McLaren's record of youngest ever grand prix winner. In 2004, Jenson Button, driving a BAR Honda, won his first Formula 1 race. And in 2009, it was the site of Felipe Massa's near career-ending crash.

But what is it about the Hungarian GP that means it makes it to this list? Well, to put it simply, the Hungarian GP signals the halfway point in the Formula 1 calendar, with teams getting nearly a month-long break before the next race at Spa-Francorchamps, Belgium. By the time the Hungarian GP is over, the challengers for the championship title usually become rather clear, and for this reason, Hungary usually is a must-not-miss. The championship leader at this point manages to go into F1's summer break with a clear psychological and points advantage over his rivals. 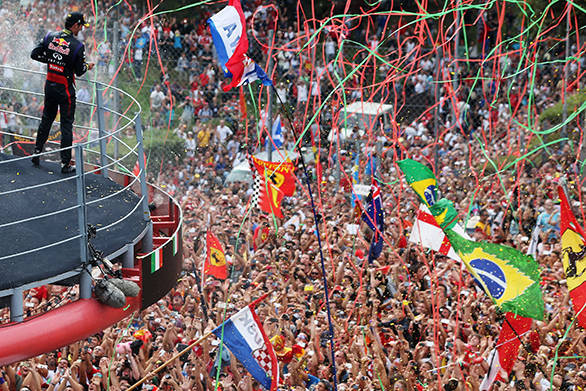 The Italian Grand Prix is a significant race for several reasons. To begin with, the sheer spirit of the Italian people is something that must be seen and experienced in order to be fully understood. Given that Italy is the home of Ferrari, the fans of the scarlet squadron, called the tifosi (which translates to 'people with scarlet fever') come out in droves and the entire town of Monza turns red for the weekend.

In 2015, they appear to have reasons to cheer, with 2007 world champion Kimi Raikkonen, and four-time world champion Sebastian Vettel being the two drivers that they are meant to be cheering on. Now, there are other reasons that the 5.793km long Autodromo di Monza is special. The most important of which is that it is quite simply the fastest race on the F1 calendar, with speeds reaching approximately 250kmph. The Italian GP has seen some of the finest victories and most exciting races, but it has also been the site of some of Formula 1's most gruesome and terrifying accidents. Even so, the Italians call Monza La Pista Magica or 'the magic track'. There's really nothing more to say, is there.

Autodromo Hermanos Rodriguez makes its debut on the Formula 1 calendar. Back in the day the old Peraltada track that hosted the Mexican GP was a true challenge to drivers. It was bumpy. And there was the altitude of the track itself that caused drivers woes. Stories of the old Mexican GP abound. Tales of how, in 1963, it was the track where Jim Clark equalled Juan Manuel Fangio's record of most wins in a season. Of how, in 1965, at this very track Richie Ginther gave Honda their first Formula 1 race win. Of how, in 1968, it was the seat of a particularly thrilling championship battle that had fans on the edges of their seats, had team principals clutching rabbit's paws and four-leaved clovers for good luck, and had Graham Hill grinning broadly at the very end as he took his second world title at the end of a rather trying battle.

But as the years wore on, Mexico was dropped off the calendar for several reasons, with Formula 1 visiting it for the last time in 1992. After that the Circuit Autodromo Hermanos Rodriguez (named after Mexican driver Ricardo Rodriguez, who as a mere teenager was already a factory Ferrari driver, and his brother Pedro) fell to disrepair. And even though since 2002 there was talk rather regularly that it would make it back to the F1 calendar, it didn't happen.

Finally, in 2015 the track comes back and it holds the promise of a thrilling race. While the bumps aren't a concern at the new track, the altitude still is. At 2000km above sea level, Mexico is the highest track on the calendar, and will make for an interesting race. The cars will fly down Peraltada, the famous fast last corner of the track, where Ayrton Senna once flipped his McLaren in 1991, and walked away unharmed even though he was still nursing a head wound that required 10 stitches from a jet ski accident the previous week. Of course, now, there's been an attempt to tame Peraltada with the corner being cut in half and now made slower and less scary for drivers. But we are willing to wait and see exactly what sort of a race Mexico will give us in 2015.

2015 Formula 1 preview - Is Mercedes still the team to beat?