Ferrari will be launching the replacement to its California model at next month's Geneva motor show. The car named California T will be based on the same 2+2 concept, but will get a turbo which is the first in a production Ferrari car since the legendary F40 produced in 1987. The new car is expected to be launched by this autumn and price should be in the vicinity of Rs 1.60 crore without duties. The overall length of the car remains the same as the outgoing version. The front view gets a more angular smiling grill and air intakes too have a well crafted curve to them. The headlights and side air ducts are similar to those seen on the Ferrari FF. The rear end gets a new triple fence diffuser which makes the car a much better looker from that angle as well as giving it a sportier touch. The California can turn from a convertible to a coupe in 14 seconds flat, thanks to its retractable roof. 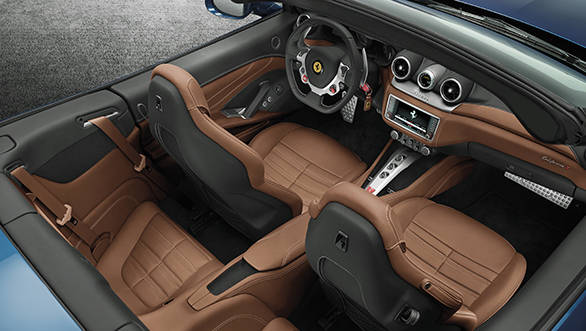 The interior upgrades include a new leather trim and a 6.5 inch touch screen infotainment system

The engine is a 3.8 litre, twin turbocharged V8 positioned in the mid front section. This powertrain is heavily based on the mill currently powering the new Maserati Quattroporte. It's capable of generating 560PS at 7500rpm and a peak torque of 755Nm, which is a massive increase from the current engine's 504Nm. 0-100 km/h is achieved in 3.6 seconds and the top speed is a claimed 314 kmph. Power is transferred via a 7-speed dual clutch gearbox. Ferrari engineers claim that this engine has virtually zero turbo lag and if this is the case then the T should be a fun, peppy car to drive at any rev range. The Maranello based manufacturer also says, that extensive research has gone in to making "the most exhilarating soundtrack any turbo has ever yielded". 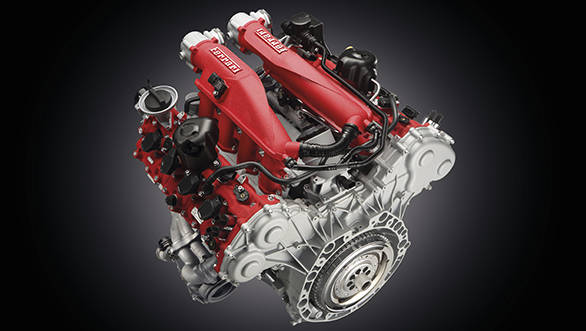 The Ferrari California T's 3.8-litre twin turbocharged unit is capable of generating 560PS at 7500rpm and a peak torque of 755Nm

The new car will be more greener and fuel efficient. Fuel economy has improved from 9.5 to 11.5 km/litre while the CO2 emissions have been lowered to 250g/km from the existing 270g/km. These figures are possible mainly due to the engine stop-start function.

The interior upgrades include a new leather trim and a 6.5 inch touch screen infotainment system. A feature which can excite performance enthusiasts and technical geeks alike is the 'Turbo performance engineer'. It consists of a separate touch controlled screen which displays engine data and is a circular screen located between the two central air vents.

For a complete image gallery of the Ferrari California T, click here 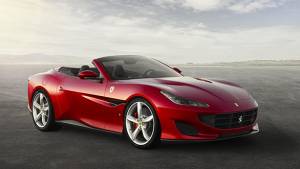