Arjun Maini, who is currently driving for Team Threebond by T-Sport, finished tenth at the final race of the 62nd Macau Grand Prix on Sunday, November 22, 2016. 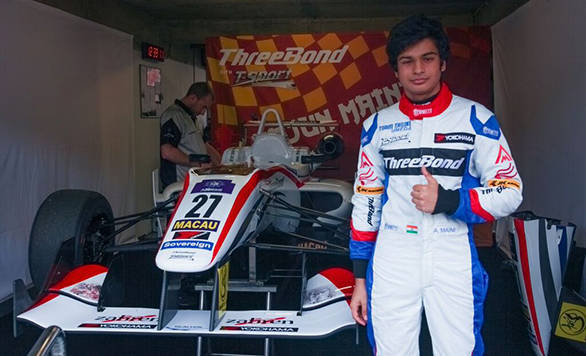 Arjun Maini's switch from Van Amersfoort Racing to Threebond by T-Sport was a recent one and his was the only car on the grid with a Japanese Tomei engine. "It's been a hard weekend and I'm satisfied with my performance. The nature of this track is quite unique and it's one of the hardest I've had to race in, in my short career so far. Though I've done a lot of sim work, the actual race weekend is quite different and I think I've coped with the challenge of driving for a new team quite well. I'd obviously like to thank T-Sport and Threebond for the phenomenal work they have put in and all the effort they have made in helping me adapt to a new environment so quickly," said the Bangalore driver, who finished 24.863 seconds behind the winner.

Maini now has set his sights set on the season next year, as he finalises a team and continues with the testing schedule.