Mercedes-Benz recently brought out a car that would challenge the BMW X6 when they entered the luxury crossover coupe market with the GLE-Class Coupe. But there's more from BMW's stable that they are aiming their crosshairs at. This time around, it's the BMW X6 M that they are hoping to challenge with their newly unveiled AMG GLE63 S Coupe 4Matic. 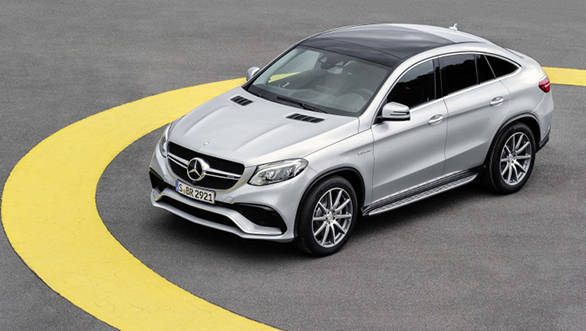 For the AMG version of the GLE, Mercedes has decided to up the ante, choosing a 5.5-litre twin-turbocharged V8 engine that now produces a maniacal 577PS and 760Nm of torque. This is the same engine that does duty on the other two heavy weights - the GL63 AMG and ML63 AMG. This is 10PS and 10Nm more than the X6 M. The behemoth comes with the AMG Speedshift Plus 7G-Tronic seven-speed auto 'box that has a 40:60 front/rear split of power to the four wheels. 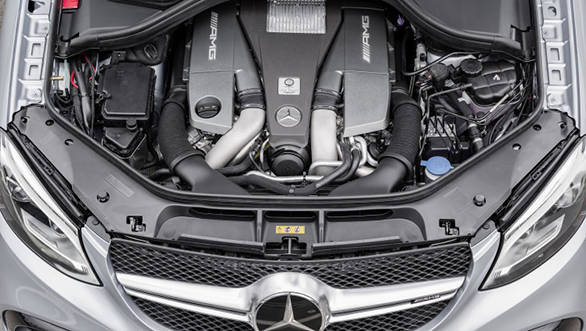 The 5.5-litre V8 engine that does duty in the AMG versions of the GL and ML also powers the GLE63 AMG

Mercedes claims that the car gets to 100kmph in a scant 4.2 seconds, which is quick for a car of its size.

The GLE63 S takes the unusual looks of the crossover coupe and attempts to convert it into a sporty looker with the addition of AMG parts. The car gets the characteristic A-wing grille, which makes it look distinct. The front bumper uses an air dam similar to the rest of the AMG cars. The bumper also adds a lot of presence to the car, making it look aggressive in true AMG style. 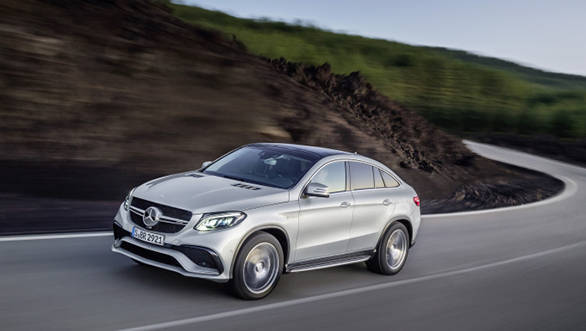 When viewed from the side though, the silhouette doesn't look very different from the regular GLE. The wheels don't look all that imposing despite the fact that they are 22-inch and this is because of the sheer size of the car itself. Of course, the sides do get the V8 badging.

From the rear the car looks very unique for a Mercedes. Apart from the badge it's hard to tell that the GLE63 AMG is a Merc at all, because we haven't seen anything like this with the exception, perhaps, of the S-Class Coupe sold internationally. When it comes to resemblance to the S-Class Coupe, the tail-lamps also look similar. The air outlets on the side are now becoming an AMG trait and are featured on the GLE63 as well. Being an AMG the car does come with the typical quad exhausts. 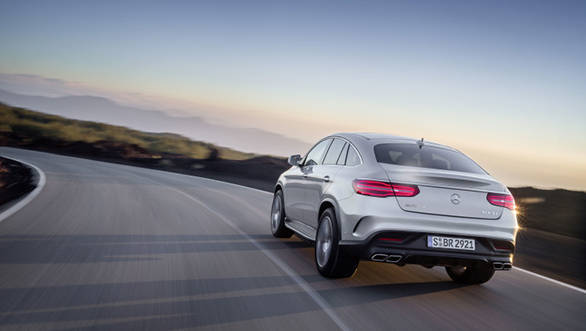 When it comes to the interiors, there are AMG bits, carbon elements for detailing and the new flat-bottomed AMG steering wheel that is used elsewhere too. 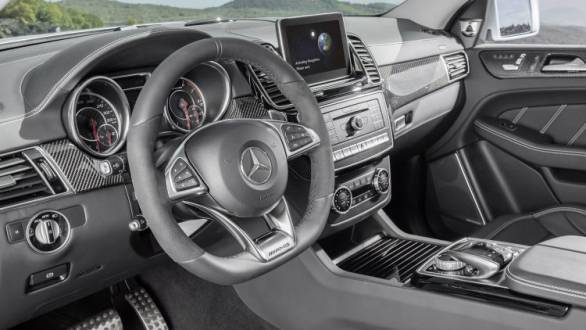 AMG bits, carbon detailing and a flat-bottomed steering wheel make it to the interiors of the GLE63

The GLE is definitely going to make it to India, and given the fact that every AMG version that Merc has on offer is currently sold in India, the GLE63 AMG could well be one of the 15 models that the three-pointed star has slated for an India launch in 2015. 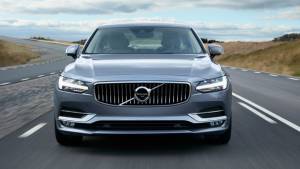 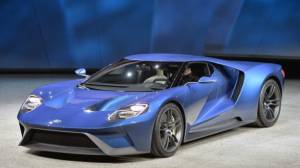