It's been 49 years since the Ford GT racecar debuted at the 1966 24 Hours of Le Mans and Ford is already prepared to pay homage to its 50-year run next year - Ford has taken the wraps off the latest iteration of its iconic supercar. Making extensive use of carbonfibre and aluminium, the new GT claims to be significantly lighter than its predecessor, but Ford hasn't given out the figures yet. 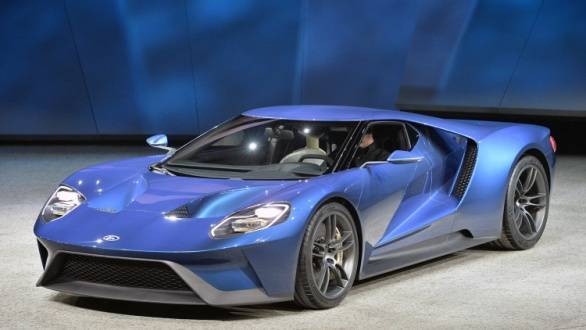 It still retains the classic shape of the GT which, while making you eat your heart out, is aerodynamic in its own right. It features what look like LED headlamps and has a tailgate that looks very similar to the LaFerrari's rear-end treatment. The icing on the cake however is the pair of round tailpipes mounted in line with the round taillights. Another party piece is the active spoiler which can adjust its height and angle as per the downforce requirement. Powering the new GT is a mid-mounted twin-turbo EcoBoost engine. Developed using Ford's learnings from the Daytona racing series, the 3.5-litre V6 is good for over 600PS of power. Ford hasn't given out any further details, but boasts that this is the largest capacity production EcoBoost mill. The engine is mated to a 7-speed dual clutch unit. The car sits on 20-inch wheels and a torsion-beam / pushrod suspension setup. And helping you ration all that power and speed at hand are carbon-ceramic brake discs. "The GT is the ultimate execution of an enthusiast supercar," said Raj Nair, Ford group vice president, Global Product Development. "GT includes innovations and technologies that can be applied broadly across Ford's future product portfolio  another proof point that Ford continues raising the performance bar while ultimately improving vehicles for all of our customers."

The car features butterfly doors and the cockpit is a carbonfibre tub with minimalist cabin design. There is a well-crafted F1-style steering wheel with most of the vehicle controls on the wheel itself, eliminating the need of stalks. The air-con vents are mounted on the door-pads. The instrumentation is a large digital display that is customisable and the infotainment uses Ford's new Sync 3 connectivity system.

Joining a line-up that includes the Focus RS, F-150 Raptor, Shelby GT350 and the Shelby GT350R, the new GT is one of the 12 performance models that Ford intends to have in the market by 2020. Ford will put the GT into production by late 2016. No, we don't expect it here in India any time soon. 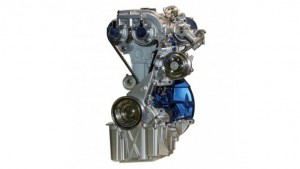