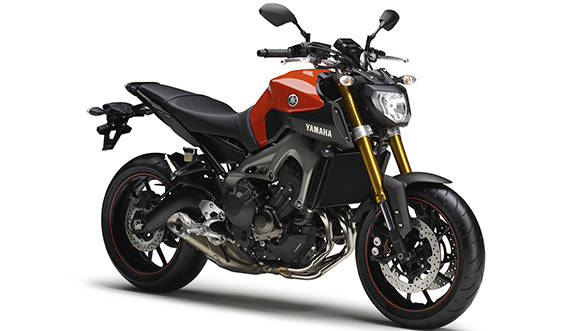 Yamaha's new middleweight naked sportsbike, the MT-09 is here. The 850cc 3-cylinder engine in the Euro-spec MT-09 makes 116PS at 10,500rpm and 85Nm of torque, with Yamaha claiming that the motorcycle has the best power to weight ratio in its class. The feature list includes 10-spoke alloy wheels, ABS (optional in some markets), horizontally mounted shock, adjustable suspension at both ends and radial brakes. There are variable power modes available for this 188kg motorcycle and then there is the widely acclaimed ride-by-wire throttle. The clutch is also an all-new compact unit.

Yamaha have been accused of being a bit slow moving in the past couple of years. The pace of new product launches has slowed globally. The contrast is especially stark compared to Honda. Honda has in the past few months fleshed out their mid-displacement range with two ranges of motorcycles, the 700s and the 500s and there is already discussion about global roles for its CBR400R, so far a Japanese domestic market sportsbike and the rumoured CBR300R which is expected to replace the CBR250R. 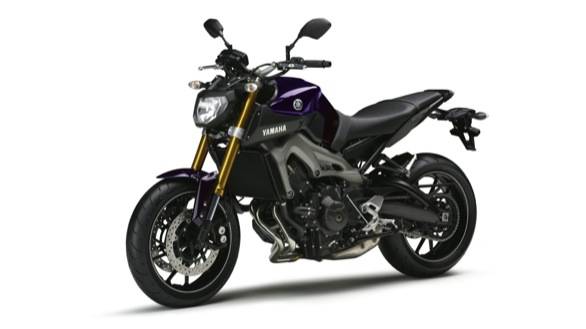 The backdrop to all this is that the middle displacement motorcycle has become more important than ever before in difficult market conditions. Currently, Kawasaki do well with their 650s, the Ninja 650 is sold in India, but it also has a naked cousin (the ER-6n) as well as a quasi-adventure tourer (Versys) based on their 650cc platform. Similarly, other manufacturers like Triumph (Street Triple), Ducati (Monster 696, 796, 795) all have enjoyed a boost in sales with their middle-order products.

Though late to market in this sense, Yamaha appear to have a strong product on their hands with the MT-09, and we are certain that this motorcycle is the first of a series based on the new three-cylinder engine. In pure spec terms, the MT-09 (aka FZ-09 in some markets) makes more torque and power than all of its competition and the announced price is lower as well. The design is sharp, minimal and aggressive, something that should work for the bike. The kit spec is decent and despite the sleek rear end, the seat height should be reasonable.

Yamaha claims that the MT-09 will travel 240km before neeing a refuel, which gives it an approx fuel efficiency of 17kmpl (the tank size is 14 litres). The European-spec MT-09 offers an upright seating stance and the best part of it, a lucrative price tag of £6799 ($7990 in the USA) which converts to between Rs 4 and Rs 6 lakh as per current exchange rates. The bike will be launched in the USA as the FZ-09 and replaces the FZ8, which ends up looking porky, underpowered and expensive compared to the new kid. Yamaha in India are currently on a focused charge to ensure that they can meet their goal of 10 per cent market share by 2016. Which is the central reason for their interest in scooters and relatively little focus on the FZ16 and the R15. Between the lack of focus on the premium segment and the slow down in bigger motorcycle launches, Yamaha's CBU sales have also slowed. We believe that the new triple makes a lot of sense for India though it doesn't align fully with Yamaha's current Indian ambitions.

In terms of actual work towards launch, the displacement being above 800cc means certification for Indian sale should be easy. Since the MT-09 is relatively mo affordable by design, we would expect to see the price fall in the Rs 7-8 lakh ex-showroom bracket if the motorcycle were to be imported as a CBU. Obviously, the best price point would become possible if Yamaha chooses to assemble the motorcycle here, but despite the already available and soon to be added manufacturing capacity for Yamaha in India, the chances of the company slotting the bike for Indian assembly are, unfortunately, dim. 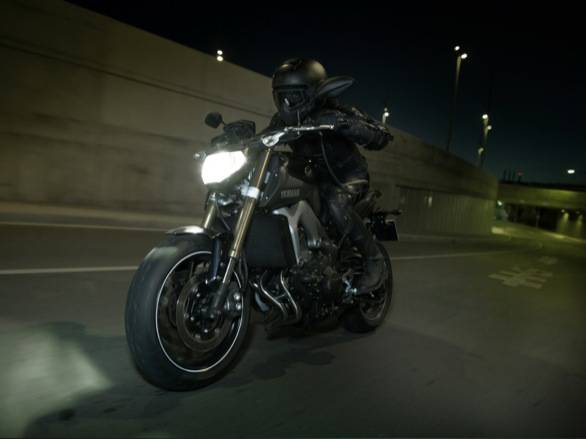 Overall, we expect the MT-09 to be an interesting addition to the Yamaha lineup globally. The crossplane triple should be a distinctive engine in note and character and the power figures are certainly promising, as is the announced price in various markets. Unfortunately, we cannot tell the Indian enthusiast or Yamaha fan to expect the motorcycle here anytime soon since the company has other priorities in the Indian market at this time.