The 149.1cc fuel injected engine makes 13.1PS of power and 12.8Nm. Power drops on the new FZ FI and FZ-S from 14PS to 13.1PS  while torque drops from 13.6Nm to 12.8Nm. The Blue Core, Yamaha claims, enables a quicker low down thrust and  an increase of 14 per cent in fuel economy. The Yamaha FZ-S has improved breathing, combustion and exhaust to enhance efficiency and lower emissions (BS4 compliant). Yamaha says that the new FZ's injectors need cleaning after every 6000km and the same interval applies for oil changes as well. 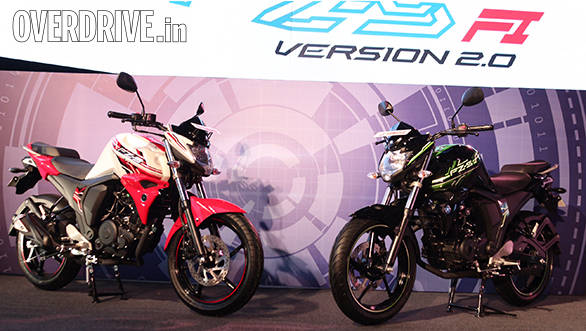 Yamaha claims that the updated FZ FI version 2.0 is 3kg lighter than before (now 132kg) and is one of the lightest 150cc motorcycles available right now. The older motorcycle has been around since 2008 and has barely seen any revisions apart from the regular stickering jobs and colours. A kick lever had also been introduced in the FZ some years back.

The new FZ will be available in four colours and is on sale now. Click here to read our first ride impressions of the bike.

Here is the press release 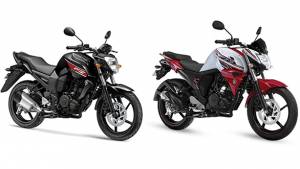 The new Yamaha FZ-S version 2.0 - what has...
Advertisement