Renault has launched its Fluence facelift which was showcased at the Auto Expo earlier this year. The car is priced at Rs 13.98 lakh for the E2 variant and Rs 15.49 lakh for the E4, ex-Mumbai

The face gets the new bigger Renault logo placed in the middle of a newly designed grille which has chrome embellishments. The bumper too has been redesigned with integrated fog lamps. The reworked headlamps now get daytime running lamps. The only change to the side of the car is the design for the 16-inch alloy wheels while the rear sees not revisions and is carried over as it is from the older model. 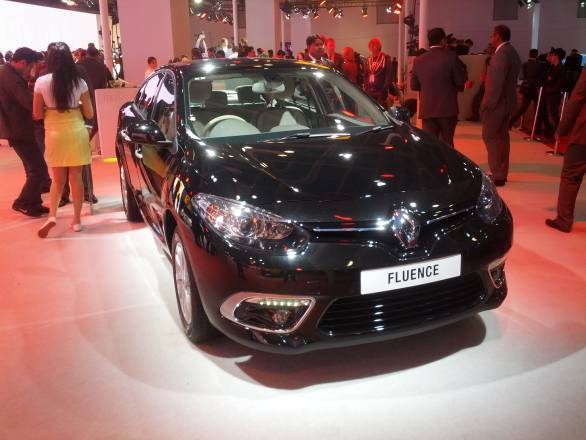 A new Arkamys audio system is also introduced which offers enhanced connectivity through Bluetooth and other functions. An illuminated glove box is provided to give better accessibility during the night. Engine start & stop button, electrically adjustable side mirrors, rain sensing wipers, dusk sensing headlamps, dual tone soft-touch dashboard and follow me home headlamps can also be bought in the new version.

The new Fluence will be available in E2 and E4 trims with both the variants deriving power from the 1.5litre diesel engine that generates 110PS of maximum power and 240Nm of torque. Transmission is a six-speed manual.

Better handling and control is provided by systems like EBD and ESP. Safety concern is addressed with the presence of ABS and four airbags.

The new Fluence has already been put in to production at the company's Oragadam manufacturing unit in Chennai.