It's been revealed that both diesel and petrol manual models of the soon-to-be-launched Honda City will be offered in 5 variants each - E, S, SV, V and VX. The CVT automatic will probably be available only in the two feature-heavy top-end variants V and VX.

The fourth generation Honda City is all set for India launch on January 7. We drove the car recently and were impressed with several attributes of the car including the long list of features the top-end VX variant comes with. 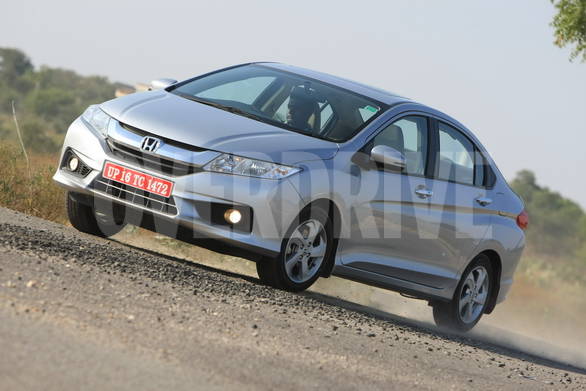 The E variant offers standard features such as power windows for both front and rear, electric mirrors and dual tone upholstery to name a few. This is the entry level City that is expected to be priced at Rs 8 lakh, ex-Delhi.

V and VX are the fully loaded top variants. It gets power folding mirrors with turn indicators, alloy wheels, fog lamps, power outlets for the rear passengers and the touch screen stereo with 6 speakers and 2 tweeters as well as a reverse camera. The VX variant in addition also offers push button start with keyless entry, chrome door handles and leather upholstery.

There is no mention of safety features, but expect all the variants to offer standard airbags and ABS like in the previous Honda City.

The car is going to be launched soon and with a total of 12 variants on offer, the car will appeal to a lot more buyers. The Verna and the Fiesta are the only rivals that offer similar or more equipment and Honda will be keen in pricing the car competitively. 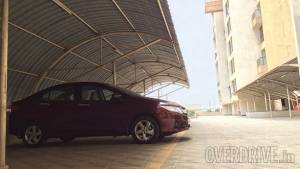 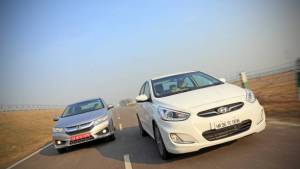 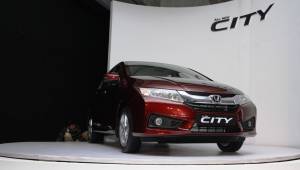